OilNOWLatest News and Information from the Oil and Gas sector in Guyana
More
FeaturedNews
Updated: November 14, 2018 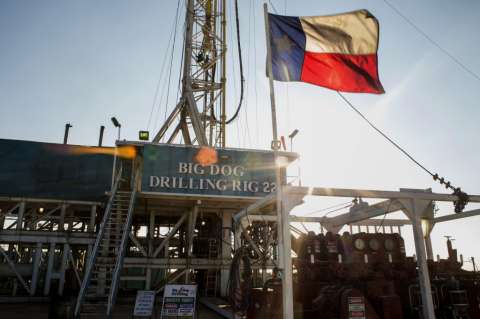 (Bloomberg) Chevron Corp. and Exxon Mobil Corp. are among the companies considering first-round bids this month for closely held oil producer Endeavor Energy Resources LP, according to people with knowledge of the matter.

The two oil majors may be joined by ConocoPhillips in competing for the business, which could be valued at about $15 billion including debt, said the people, asking not to be identified because the information is confidential. Royal Dutch Shell Plc has also been contacted and may participate, they said.

The value reflects Endeavor’s size, with drilling rights on 329,000 net acres, of which only 2 percent have been developed, the people said. A $15 billion sale would rank among the top 10 deals ever for a private energy company, according to data compiled by Bloomberg.

Endeavor, based in Midland, Texas, and owned by the family of founder Autry C. Stephens, agreed to explore a sale after its advisers got inquiries from prospective bidders, the people said. Despite that interest, the family’s preference remains an initial public offering in 2019 so it can retain control, and the management team is continuing to organize its accounts for that goal, they said.

“We think Endeavor’s asset base is likely to be attractive given the positioning in the core of the basin and the overall acreage continuity,” Biraj Borkhataria, an analyst at RBC Capital Markets, said in a note to clients. “However, given the size of the transaction buyers would likely be limited to large independents or majors.”

Exxon Mobil is the most logical buyer, according to Borkhataria, because it has the financial capacity and is keen to grow its position in the Permian Basin in Texas and New Mexico. The oil major had already signed a seven-year joint venture agreement with Endeavor in 2014 to bolster its work in the basin. The analyst said he doesn’t expect Shell to bid for such a large bundle of assets.

Exxon Mobil has plenty of drilling inventory in the Permian, following its purchase last year of $6.6 billion of assets in the region, Senior Vice President Jack Williams said in the company’s earnings call this month.

It’s open to more acquisitions, particularly those with “a large undeveloped aspect,” he said, according to a transcript compiled by Bloomberg.

“We continue to scan the market for all opportunities that play to our strength,” Williams said.

After a relatively slow start in the first half of the year, deal activity has increased in the North American oil and gas market, driven by companies looking to increase their interests in the Permian Basin. The deals have included Diamondback Energy Inc.’s agreement in August to buy peer Energen Corp. for $8.4 billion and BP Plc’s pending $10.5 billion acquisition of BHP Billiton Ltd.’s onshore U.S. operations.