OilNOWLatest News and Information from the Oil and Gas sector in Guyana
More
FeaturedNews
Updated: February 4, 2018 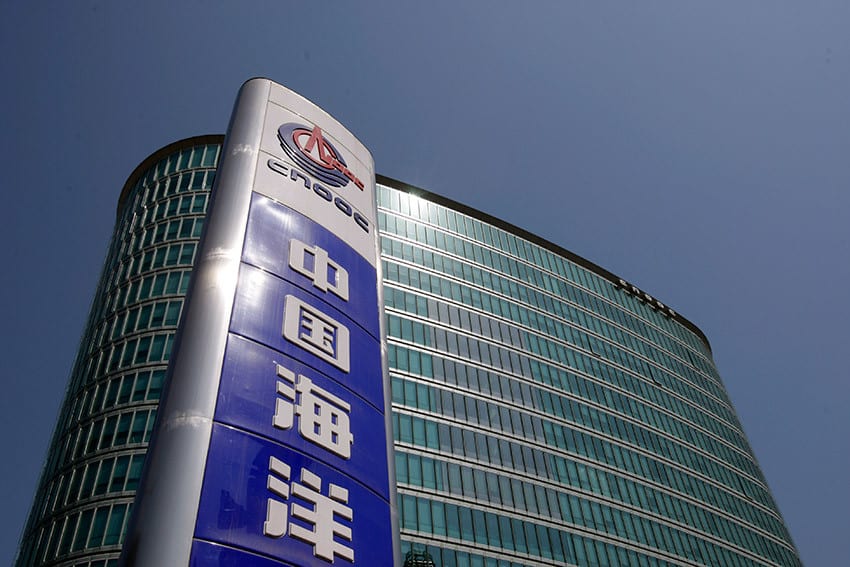 Chinese offshore oil and gas company CNOOC Ltd said on Thursday it planned to ramp up spending by at least 40 percent in 2018, as well as raise production, thanks to a more “suitable” oil price, Reuters reports.

CNOOC Nexen Petroleum Guyana Limited holds 25 percent interest in the Stabroek Block where oil production is set to begin in 2020 at the Liza development.

According to a Reuters report, the company, the listed upstream arm of state-owned China National Offshore Oil Corp, said in a strategy presentation it had pegged this year’s capital expenditure at 70 billion to 80 billion yuan ($11.1 billion to $12.7 billion).

It also forecast that net oil and gas output would rise to between 470 million and 480 million barrels of oil equivalent (boe) from an expected 469 million boe last year.

CNOOC undershot its 60 billion to 70 billion yuan capex guidance for 2017 by a long way, with actual expenditure estimated to have come in at 50 billion yuan.

There were many factors behind the lower spend, a CNOOC official said at a news conference in Hong Kong, including the postponement of some projects and good cost control.

Like its global peers, CNOOC responded to the oil price collapse from mid-2014 with three years of belt-tightening, before raising capex last year.

Crude oil prices have gained 32.5 percent over the past six months to about $70 a barrel because of supply cuts by major producing countries.

The current oil price is “suitable” and CNOOC will be able to invest more if it rises further, the official said, adding: “2017 was a lot better than 2016 but 2018 will be even better.”

The 2018 output guidance is based on a Brent price of just $53 per barrel. The official said this was not a forecast but a budget price, at which the company should be able to meet all this year’s targets.

Five new projects are set to come on stream this year, CNOOC said, including four offshore China and the Stampede deepwater field in the U.S. Gulf of Mexico, in which CNOOC has a 25 percent interest.

Late last year, new output came on stream at the Petrobras-operated Libra Block in Brazil, in which CNOOC holds 10 percent.

CNOOC also said it expected to see a “significant” increase in its reserve life with the booking of reserves from new projects, including Libra and the Liza field offshore Guyana.

The company’s latest production forecasts for 2019 and 2020 are 485 million boe and 500 million boe, respectively.