OilNOWLatest News and Information from the Oil and Gas sector in Guyana
More
FeaturedNews
Updated: January 13, 2022 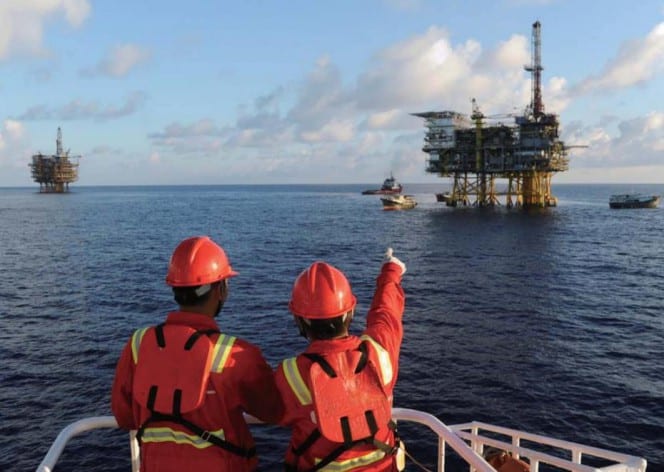 (S&P Global Platts) China’s offshore giant CNOOC targets to lift its oil and gas output by 6% on the year to 1.66 million boe/d in 2022, with most of its effort to go into boosting domestic production, CFO Xie Weizhi said in a press conference late Jan. 11.

CNOOC has been the top contributor to China’s crude output increase. CNOOC’s domestic crude output rose 11.5%, or 24.1 million barrels, on the year in January-September 2021, contributing to over 85% of the country’s output increment, company results and data from China’s National Bureau of Statistics showed.

CEO Xu Keqiang said that the company’s domestic crude output is estimated to peak at 60 million mt/year (about 1.2 million b/d) in 2030 while natural gas was set to peak at 40 Bcm/year in 2035, and the peak volumes would be sustainable for a few years.

To meet its production goals in 2022, CNOOC scheduled 13 new projects to come onstream during the year. Of these, 10 domestic projects will contribute 119,497 boe/d of peak production, while those in Brazil, Guyana and Indonesia would contribute 85,020 boe/d of peak output to CNOOC, according to the company’s 2022 strategy released during the press conference.

The domestic ones include three onshore unconventional coal bed methane and tight gas projects, combined peak output of which is 18,100 boe/d or 3.05 Mcm/day.

Xu said the company had stepped up unconventional gas development and the output in 2021 exceeded 3.5 Bcm, adding that it would reach 6-8 Bcm/year in 2025.

The proportion of domestic to global production is expected to decline to 65% in 2023 and 2024, when CNOOC targets to produce about 645 million boe and 685 million boe, respectively, according to the 2022 strategy.

CNOOC will invest 73% of its budget in China, while 57% of its capital expenditure would go into upstream development.

CNOOC has also been investing in cutting emissions.