OilNOWLatest News and Information from the Oil and Gas sector in Guyana
More
FeaturedNews
Updated: November 1, 2021 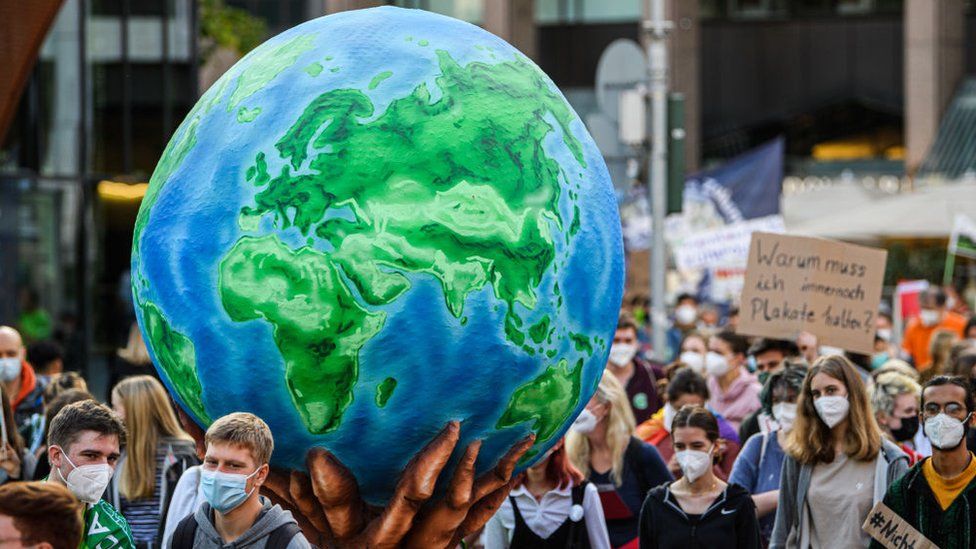 The countdown to the United Nations 26th Conference of Parties (COP26) has come to an end. In Glasgow, Scotland, world leaders, diplomats, ambassadors, members from the global civil society and all manner of stakeholders prepare for the second day of this two-week long summit.

Representing Guyana at the ‘Mother of Climate Conferences’ is President Dr. Mohamed Irfaan Ali who has made it clear that he will be advancing the climate agendas of his home country, the Caribbean Community (CARICOM), and Latin America. The united voice of these nations is intended to stress the urgency of increased and readily-available financing for mitigation, adaptation and resilient infrastructure — especially in small developing island states. To promote this collective agenda, the President had announced that a technical working group was devised amongst the Caribbean and Latin America, representing some 33 countries.

“We identified priority issues for the Caribbean Small Island Developing States (SIDS) on the heels of COP26,” the President iterated during his press conference last Friday. “We call on leaders to share particular focus on climate change and disaster risk management, access to concessional financing, high levels of indebtedness, natural disaster funds and graduated transition.”

Undoubtedly, small developing nations such as Guyana and those in the Caribbean that produce paltry global emissions suffer from the brunt of climate change by way of more intense hurricanes, severe flooding, and other unprecedented forms of natural disasters.

According to reports by the Commonwealth Observer, just in 2021 alone, Jamaica suffered from three major flooding disasters, each costing the government upward of $100 million Jamaican dollars. Hurricane Elsa, the first to hit Barbados since 1955, also spared no efforts to ravage through this island inhabited by 287,000. In Barbados there were more than 1,000 instances of structural damage reported including 62 collapsed homes. Catastrophe risk modeller Karen Clark & Company (KCC) had estimated that the insured loss to onshore properties from Hurricane Elsa was around US$50 million in the Caribbean.

In Guyana, thousands of farmers, miners, loggers and other business owners suffered from hundreds of millions in losses due to the nationwide flooding from the heavy May to July rain. It had been the first time that such a massive flood had ever ravaged through Guyana’s hinterland area, making this natural disaster unparalleled to any other in the country’s history.

Since the 1990s, there have been efforts at adaptation and mitigation with financial support from the Global Environment Facility in the Caribbean. However, ensuring continued access to technical and financial resources has been challenging for the region.

Renowned Climate Scientist and Lead Author of the latest International Panel on Climate Change (IPCC) Report, Dr. Adelle Thomas, is of the belief that separate from the US$100 billion that was pledged under the Paris Agreement, the Caribbean is in dire need of funding for loss and damage.

President Ali was keen to point out that he will be promoting his government’s renewed “realistic and achievable” emissions targets at the climate conference. These targets, which will be a departure from the current use of heavy fossil fuels only, include the use of solar, wind and hydropower in Guyana’s energy mix. Ali has said that natural gas will serve as the transition fuel to this greener energy future. To this end, the government is already pursuing a US$900 million gas-to-energy project in partnership with ExxonMobil, operator of the prolific Stabroek Block. This project which will utilize natural gas from the Liza 1 and 2 developments will see 250 MW of new power generation being added to the grid.

With oil demand increasing, Guyana will not sit on its hands while Saudi Arabia, USA keep on pumping – Vice President

On the side of solar energy, Guyana has moved forward with procuring funds to establish solar energy farms in districts across the country. Under the Energy Matrix Diversification and Institutional Strengthening of the Department of Energy Project, an Inter-American Development Bank (IADB) loan will build two farms in the towns of Lethem in Region Nine and Bartica in Region Ten. The main objective of the programme is to support Guyana’s evolving energy sector by improving the reliability of its electricity supply, investing in sustainable energy solutions, and strengthening the country’s capacity to regulate the oil sector. The solar generating capacity will deliver at least 30 MW of power.

“Within individual remote communities and clusters of communities, stand-alone renewable solutions will also be explored, including hydropower and solar power plants as well as stand-alone solar panels. Work in all of these areas have commenced and are at various stages of implementation,” the President had related.

Meanwhile, Hope Energy Development Inc. (HED) is looking to construct and operate the first large-scale wind farm in Guyana along the East Coast of Demerara. The Hope Wind Farm Project base-case scenario proposes the construction of four wind turbines along the coast at the Hope Beach location, outboard of the Lowland/Hope to Ann’s Grove Villages.

Furthermore, the project has secured a land lease comprising a total area of 27.057 acres, registered with the Guyana Lands and Surveys Commission (GSLC), for a term of 50 years which commenced on January 1, 2007.

Meanwhile, the Amaila Falls Hydropower Project is slated to deliver another 160 MW of new power with intent to start construction in 2022 and completion in 2025. In July, the Office of the Prime Minister announced its search for a partner to develop the project with requests for proposals that outlined two options for the project’s development.

Altogether, these energy projects will add 500 MW of cleaner, cheaper and reliable energy to Guyana’s grid, thereby putting more disposable income back into the pockets of Guyanese, businesses and serve as the catalyst to attract regional and international investors.

The Head of State has pursued these projects as a demonstration of the government’s intent to lead by example on practical or realistic climate change action that must be taken.

As a complement to the foregoing, President Ali recently committed to championing the draft Low Carbon Development Strategy (2030). This programme creates a new low-carbon economy in Guyana by establishing incentives which value the world’s ecosystem services and promotes these as an essential component of a new model of global development with sustainability at its core.

In light of the foregoing, President Ali has asserted that the participation of the oil producing state at COP26 will certainly reestablish it as a leading example for the net-carbon economy.

With Guyana reestablishing its credentials at COP26, other Caribbean and Latin America countries are poised to do same. Collectively, these countries will be observing what the world’s largest emitters — particularly China, the United States of America, India and Russia — will be bringing to the table to address the life-threatening effects of climate change.