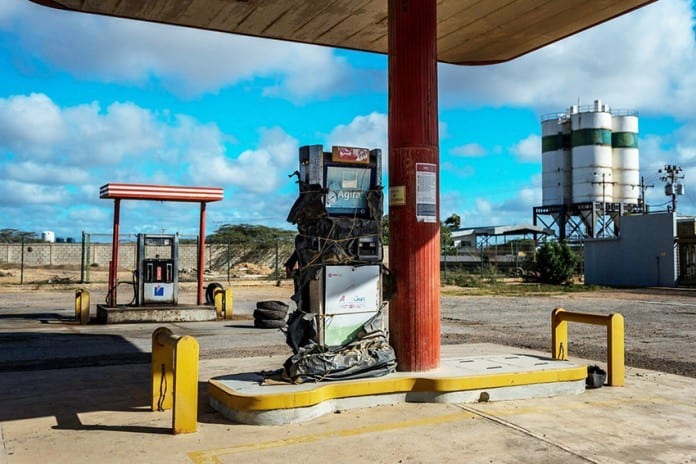 (CNBC) Venezuela is likely to remain the biggest risk factor among leading oil producers for some time to come, according to the latest monthly report from the International Energy Agency (IEA).

Venezuela is likely to remain the biggest risk factor among leading oil producers for some time to come, according to the latest monthly report from the International Energy Agency (IEA).

“Within the OPEC countries, the biggest risk factor is, and will likely remain, Venezuela,” the IEA said in its closely-watched report published Thursday.

“Without any compensatory change from other producers it is possible that the Latin American country could be the final element that tips the market decisively into deficit,” the Paris-based organization added.

While Venezuela boasts the world’s largest proven oil reserves, crude production in the state has been steadily declining in recent years. The South American country continues to slog through an economic crisis precipitated by years of government mismanagement and exacerbated by a prolonged oil price slump.

Following years of sharp output losses, Venezuela’s crude output is projected to tumble to 1.38 million barrels per day (mb/d) by the end of 2018, according to the IEA. That would represent the oil-dependent state’s lowest level of output in approximately 70 years — with the exception of the 2002-2003 strike.

The IEA upwardly revised its global oil demand forecast to 99.3 mb/d in 2018. However, the group warned that recent signs of protectionism from the U.S. could hamper economic growth forecasts worldwide and in turn, hit trade flows and oil demand.

Last week, President Donald Trump pressed ahead with the imposition of tariffs on steel and aluminum imports, sparking fears of a global trade war.

“A slowdown (in global trade) would have strong consequences, particularly for fuel used in the maritime sector and in the trucking industry,” the report said.

The IEA’s latest monthly report comes at a time when oil prices have skyrocketed more than 43 percent since the middle of last year, with Brent crude averaging close to $67 a barrel in 2018 to date.

The main price driver has been a supply cut from major oil producing group OPEC and Russia, who started to withhold output in January last year. The production cuts by OPEC and 10 other allied producers, which are scheduled to last throughout 2018, are aimed at clearing a global supply overhang and propping up prices.

The IEA said several key indicators were showing a market re-balancing was “clearly moving ahead” with supply and demand becoming more closely aligned. And should OPEC’s production levels remain relatively flat for the remainder of 2018, the IEA suggested that the chances of a market deficit could rest on the cascading output losses in Venezuela.

“The deepening unplanned decline in Venezuela knocked crude oil production 420,000 barrels per day below its OPEC target during February and helped boost OPEC’s compliance with supply cuts to the highest ever,” the IEA said.

OPEC’s quota compliance soared to 147 percent in February, though even without production declines in Caracas the group’s compliance would still be close to 100 percent, according to the IEA’s findings.

At least eight OPEC countries were found to have exceeded their compliance quotas in February, with Venezuela lifting the average to its highest level so far.