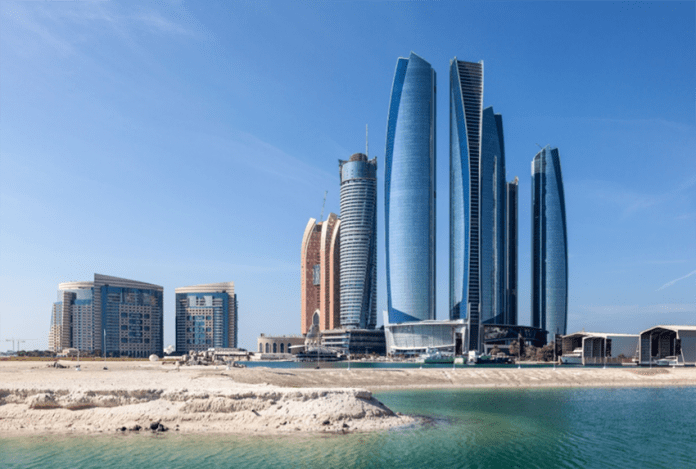 According to a Bloomberg report, the Paris-based company will take a 20 percent stake in the Umm Shaif and Nasr oil block and help develop natural gas at the fields, Abu Dhabi National Oil Co. said in a statement. Adnoc Chief Executive Officer Sultan Al Jaber and Total CEO Patrick Pouyanne also agreed for Total to take a 5 percent stake in the Lower Zakum oil field, at a signing ceremony at the Abu Dhabi Louvre.

Abu Dhabi holds about 6 percent of global crude reserves and produces most of the oil in the United Arab Emirates. While the U.A.E. is curbing output in an effort by about two dozen nations to clear a global glut, the sheikhdom of Abu Dhabi plans to raise capacity to 3.5 million barrels a day by the end of the year. Adnoc says it can pump about 3 million barrels daily, with just under half coming from offshore deposits, and is also looking to expand gas production to power homes and industry.

Total’s participation “will help accelerate the development of the giant Umm Shaif gas cap,” Al Jaber said in the statement. The reservoir has potential to produce 500 million standard cubic feet of gas, according to Adnoc.

The concession partners will aim to boost output capacity at Umm Shaif and Nasr to more than 450,000 barrels a day of crude from about 300,000 barrels daily, Total said in a statement on its website. The targeted capacity would make the Umm Shaif and Nasr concession the most prolific of the three offshore blocks Adnoc is offering to partners and the only one where the company plans to produce gas.

Total’s share in both of the concessions awarded Sunday will give it 80,000 barrels a day of production this year, it said.

“These agreements ensure Total secures long-term access to significant and competitive hydrocarbon resources,” Pouyanne said in the statement. The company, which traces its roots in Abu Dhabi’s fields back to 1939, also helps develop the emirate’s largest onshore oil concession, generates electricity at a solar plant, and produces and sells gas in the emirate.

Total agreed to pay a participation fee of $1.15 billion for its share of the Umm Shaif and Nasr concession, according to the statement. It will pay $300 million for the stake in Lower Zakum.

By the time Adnoc awards all the stakes it plans to offer in the three concession blocks, it will have raised $7.7 billion in cash through up-front payments from the oil companies, according to Bloomberg calculations.

Lower Zakum has a targeted production capacity of 450,000 barrels a day, while the SARB and Umm Lulu concession will pump as much as 215,000 barrels a day, Adnoc said. The company didn’t give a target date for reaching those output levels.

Adnoc will retain 60 percent holdings in each of the blocks and still plans to award 10 percent stakes in both the Lower Zakum field and the Umm Shaif and Nasr concession. The company “is finalizing opportunities with potential partners” for the remaining stakes in those blocks, it said.

A 20 percent share in the SARB and Umm Lulu block is also up for grabs. Austrian refiner OMV AG is poised to win a stake in one of the blocks, people with knowledge of the situation said last month. Abu Dhabi’s Mubadala Investment Co. owns all of Cepsa and 25 percent of OMV. (Bloomberg)