OilNOWLatest News and Information from the Oil and Gas sector in Guyana
More
FeaturedNews
Updated: September 21, 2019 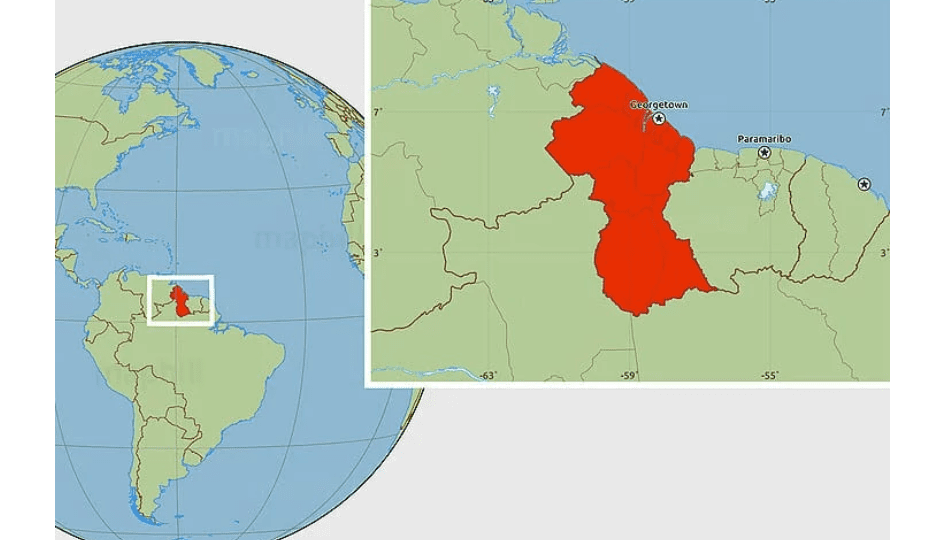 The international community, including Guyana’s primary bilateral partners in addition to segments of its domestic business and legal fraternity, has come out in criticism of the Guyana Government for what it has described as a breach of the Constitution because of the failure to call Regional and General Elections by September 18, last.  All this comes as the South American country prepares for oil production, now just months away.

The David Granger-led APNU+AFC coalition government fell on a vote of no-confidence passed on December 21, 2018 in Guyana’s Parliament. The country’s constitution states that on the passage of such a vote, elections should be held no later than three months unless extended by a two-thirds vote in the National Assembly. Such a vote has not been taken.

Legal challenges to the validity of the no-confidence vote by the government saw several months elapsing as the case reached the country’s highest court, the Caribbean Court of Justice (CCJ). The CCJ made a final ruling on June 18, 2019, indicating that the passage of the no confidence vote was valid thereby triggering elections in three months, which expired on September 18.

The Guyana Elections Commission (GECOM) announced on September 19 that it would be ready to conduct elections by February 2020, making it 14 months since the passage of the no-confidence vote.

The UK, EU and USA, in a joint statement on September 19, heavily criticised the Granger- led administration pointing out that while a timeframe for the election has been outlined by GECOM, “we deeply regret that, by surpassing September 18, the government is currently in breach of the constitution following its failure to adhere to the decisions of the Caribbean Court of Justice (CCJ) and the Consequential Orders.”

The Diplomats warned that the situation comes at great cost to Guyana and that “the prevailing uncertainty undermines Guyanese institutions, compromises economic opportunities and delays development across all areas…”

“It also hinders our ability to support Guyana’s development needs” and as such “we therefore call upon the President to set elections date immediately in full compliance with the law,” the statement said.

Meanwhile, the domestic legal fraternity in its denunciation of the government’s actions, on September 20, said, “by failing to abide by the clear and unambiguous terms of the Constitution, the Government of Guyana has abdicated its responsibility, violated the Constitution, is operating outside of the rule of law and in breach of internationally recognized standards of democracy.”

According to the Bar Council of the Bar Association of Guyana, “in its judgment in the consolidated no-confidence cases of 12 July 2019, the CCJ said that the meaning of the constitutional provisions requiring elections is clear and it placed the responsibility of honouring those provisions on the constitutional actors in Guyana.

The legal fraternity also observed that while the Court did not order elections, it expressed its expectation that constitutional responsibilities would have been exercised with integrity in keeping with the unambiguous provisions of the Constitution. This, bearing in mind that the no confidence motion was validly passed since December 2018.

The Council was adamant that “the constitutional duty and responsibility of the President was to fix a date for elections within the three-month period set out in the Constitution in the absence of a Parliamentary extension of that period, which extension the Bar Council notes, was not sought and or obtained before the period expired.”

According to the Bar Council, “the constitutional duty and responsibility of the Guyana Elections Commission was to be ready to administer and supervise elections within the time encompassed by the three-month period so as to comply with the Constitution.”

Business umbrella body, the Georgetown Chambers of Commerce and Industry (GCCI) has also come out in condemnation of the government for not adhering to the constitution.

GCCI in its repudiation of the government said the glaring absence of a date for elections has placed the country’s democratic system in jeopardy and that “Guyanese people deserve transparency and accountability from institutions at all levels of government.”

As such, GCCI called on Guyana’s leaders to maintain democracy by acting in accordance with the supreme law of Guyana.

“Given the GECOM Chair’s recent announcement that elections could be held as early as February 2020, more than one year and two months after the No-Confidence Motion, the GCCI notes, with utmost concern, that the country cannot continue to function without a cabinet and parliament,” the statement said.

The GCCI said business cannot continue as usual under a caretaker government with limited legal authority, adding, “We call on the President to proclaim a date, not later than the earliest date suggested by the GECOM Chair, for the General Elections in accordance with his powers stipulated in Article 61 of the Constitution of the Cooperative Republic of Guyana.”

The business representative body reminded the authorities that a no-confidence motion is an important tool used in a representative democracy which serves the purpose of ensuring that members of parliament are accountable to the electorate.

“While the government has accepted its caretaker status, its continuance in office beyond yesterday (September 18) signifies a departure from democratic accountability and political order,” the GCCI said.

The American Chamber of Commerce Guyana (AMCHAM) has also come out in repudiation of the government declaring that prolonged periods of uncertainty can have dire consequences on business and investor confidence in Guyana, especially foreign investment.

“Guyana’s reputable standing within the International Community will be tested if democratic principles give way to partisan politics,” AMCHAM said.

As such, the Chamber, called on the President to abide by the Constitution of Guyana and the ruling of the CCJ.

President Granger maintains that he was in no position to name a date for elections in the absence of advice from GECOM which he acknowledged is an independent body that should not take directives from the executive.

“The independence of the Commission and the integrity of the electoral process are essential to ensuring elections which express the will of the electorate. I am committed to providing governmental assistance to the Commission to ensure that the forthcoming elections will not be contaminated by mismanagement or malpractice,” the President said in a statement on Monday.

The Guyanese nation, just months away from first oil, awaits a date being set for elections by the President, now that GECOM has provided a timeline.

Meanwhile, the ExxonMobil-led consortium operating offshore says all systems remain on track for oil production at the Liza Phase One Development.