OilNOWLatest News and Information from the Oil and Gas sector in Guyana
More
FeaturedNews
Updated: October 1, 2018 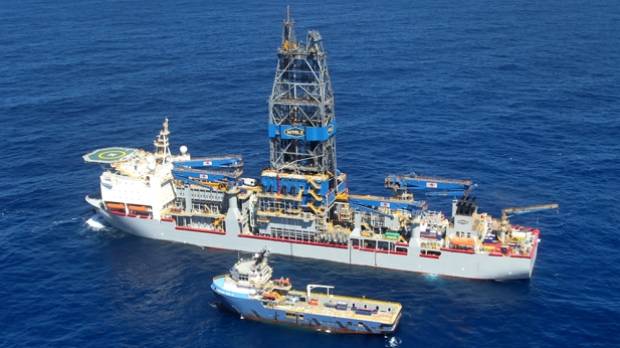 Deep-sea oil drillers are once again riding the wave of investor enthusiasm that next year will be better for profits.

But this time there seems to be a greater chance that it will happen, said analysts at Credit Suisse Group and Morgan Stanley.

Some of the world’s biggest owners of rigs that drill oil wells in more than 3.2km of water, such as Transocean, Ensco and Diamond Offshore Drilling, saw their shares rally near the end of 2016 and 2017, only to see them tumble in the beginning of the following year as reality set in.

“So here we are in mid-September and the trade beckons again,” Mr James Wicklund, an analyst at Credit Suisse, wrote on Monday in a note to investors.

“This time, however, we are one year closer to a recovery after 4 1/2 years of decline, with the drilling contractors sounding more optimistic than in years, with small, light green shoots being seen.”

Offshore drillers have been among those who suffered most from the worst crude-market crash in a generation, owing to an oversupply of their vessels and high operating costs.

This year marks the lowest in projected offshore spending since oil prices fell in 2014, said Morgan Stanley. Explorers are expected to boost spending by 45 per cent to US$188 billion (S$257 billion) by 2022, the bank said in a Sept 18 note to investors.

Meanwhile, major oil trading houses are predicting the return of US$100 crude for the first time since 2014.

A rise in offshore drilling is on the horizon as shale work on land hits a speed bump, said Rystad Energy.

The renewed interest in offshore drilling is driven by a “steep reduction” in offshore costs that allows explorers to turn a profit even at lower oil prices, Mr Audun Martinsen, head of oilfield research at Rystad, said earlier this month.

Shale spending globally offshore is expected to reach US$120 billion this year, short of Rystad’s US$160 billion estimate.

With more unused rigs still left to be scrapped around the world, the higher use of deep-water vessels will not translate into significantly higher rental prices until late next year, Mr Wicklund wrote.

The world’s top deep-water driller Transocean has risen about 40 per cent since early April while smaller rival Rowan Companies is up by more than 60 per cent.

Noble Corp has nearly doubled in value in little more than five months and said last week it had bought a newly built shallow-water rig.