OilNOWLatest News and Information from the Oil and Gas sector in Guyana
More
FeaturedNews
Updated: December 3, 2022 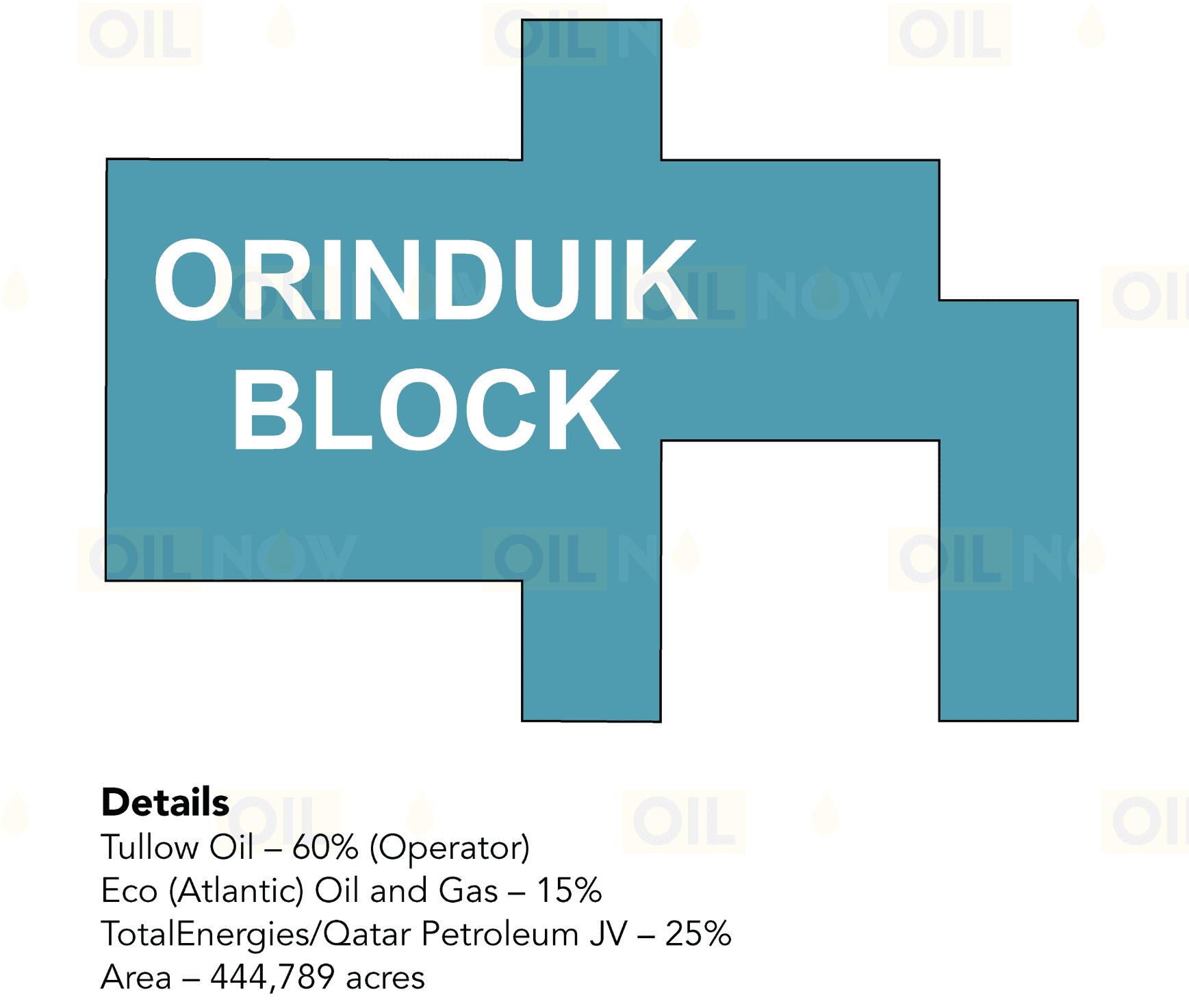 Eco (Atlantic) Oil & Gas Ltd. said it is fully funded for the next well to be drilled in the Orinduik Block offshore Guyana in 2023. The company made this disclosure in a report on its good financial health for the first half of 2022.

Eco reminded that the partners are currently drawing up plans to drill at least one well into light oil Cretaceous targets in the next Petroleum Agreement exploration phase which begins in 2023. It said further updates will be made on this matter in due course.

At Block 2B in South Africa, Eco reminded industry stakeholders that the Gazania-1 well was spudded but no evidence of commercial hydrocarbons was found.  Further analysis will be conducted to determine the next steps.

In Block 3B/4B, offshore South Africa, the company and its partners are progressing with plans to conduct a two-well campaign.

Gil Holzman, President and Chief Executive Officer of Eco Atlantic, commented that the company’s main focus during the half-year period, and through to recent weeks, was to execute a safe and environmentally friendly drilling campaign on the Gazania-1 exploration well, offshore South Africa.

“Although it was disappointing to not announce a commercial discovery, we can be proud of how we conducted our operations, which led to the well being drilled safely and on time…,” the Eco Chief said.

He noted that interest remains high in Guyana, especially as it pertains to its Orinduik Block. He said the country remains the most exciting exploration hotspot and looks forward to outlining clearer plans to investors next year.

As for its financials, Eco noted that, for the six months ended September 30, 2022, it had cash and cash equivalents of US$24.6 million and no debt. The company also had total assets of US$67.3 million, total liabilities of US$5.7 million, and total equity of US$61.6 million.

As of November 27, 2022, the company expected to have approximately US$17.5 million cash and cash equivalents at the end of November 2022. This followed the receipt of proceeds from the sale of its 100% interest in the Greek Kozani Photovoltaic Development Project in the coming days.

In terms of its operations in the Orinduik Block offshore Guyana, Tullow Oil is the operator of the Orinduik block with Eco (Atlantic) Oil & Gas, TotalEnergies, and Qatar Petroleum as partners.

- Advertisement -
Facebook
Twitter
Pinterest
WhatsApp
Linkedin
Email
Telegram
Previous articleTrinidad and Tobago unveils hydrogen roadmap; aims to be a major supplier of the region
Next articleSeven women in government hold power to use oil revenues for a visible leap in Guyana’s social services