OilNOWLatest News and Information from the Oil and Gas sector in Guyana
More
FeaturedNews
Updated: November 3, 2018 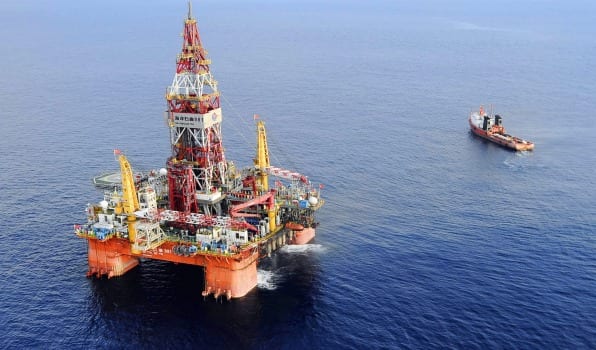 (Oxford Business Group) Presented on October 1 by Colm Imbert, Trinidad and Tobago’s Minister of Finance, the 2019 budget forecasts GDP to increase by 1.9 percent this year before rising to 2.1 percent by 2021, reversing a trend that has seen the economy contract by 1 percent and 6 percent in the previous two years, respectively.

The expansion is projected to be sustained primarily by growth in the hydrocarbons industry, which is expected to rise by 2.2 percent this year. Meanwhile, despite Imbert saying the non-energy sector was due to experience a “marginal decline” in 2018, the medium-term prospects were strong, with expansion of 2 percent forecast by 2021.

These figures are being supported by improved tax collection, with Imbert noting that overall taxation revenue in the 2018 financial year (FY) was $5bn higher than the previous year.

The deficit is expected to account for 2.5 percent of forecast GDP, an improvement on the $6.3bn deficit, or 3.9 percent of GDP, recorded in FY 2018. This should allow for an easing of austerity measures imposed over the past few years, while most of this deficit will be bridged by domestic borrowings, with just $226m to be raised externally, Imbert said.

The rise in energy sector earnings – the main driver of projected FY 2019 economic expansion – is set to be pushed forward by an increase in gas production and efforts to boost exports.

The budget estimates that production will rise from 3.80bn cu feet per day (cfd) this year to 3.94bn cfd in 2019, before rising to 4.14bn cfd by 2021, with the increase in output underpinned by the development and discovery of new reserves.

New projects with development potential include LeClerc and the Magellan, both deepwater fields located off T&T’s eastern coast.

Following exploration and drilling carried out at blocks in LeClerc last year, the field’s operators, Australian energy giant BHP Billiton and Royal Dutch Shell, told local media that the site held an estimated 4-5trn cu feet of natural gas, and that they hoped to commence production by 2026. Meanwhile, test drilling of Magellan is still ongoing, although in mid-2018 BHP Billiton reported gas finds from two of its test wells – Victoria 1 in the northern contract area and Bongos 2 in the southern contract area.

Though it will be some time before these new finds are brought on-line, the additional reserves will support the long-term viability of the energy sector, and support downstream growth and investment.

Global gas prices could also be set to rise in tandem with increasing oil tariffs, which could climb further as Iranian-sourced oil is to be removed from the market due to US sanctions coming into effect in November. These sanctions could see demand for gas expand, potentially boosting the market for locally produced gas and lifting per-unit returns.

With the aim of freeing up more gas for export and diversifying the energy mix, the government is also looking to utilise renewables, and has set a target of meeting 10 percent of domestic energy demand with clean energy by 2021. At present, all of the country’s electricity is fired by fuel.

In the budget Imbert announced the government would seek proposals from qualified independent power producers to develop build-own-operate renewable projects, while expressions of interest have already been lodged over a proposed waste-to-energy facility at the Beetham landfill, just south of Port of Spain.

While energy sector activity is expanding, a series of projects and initiatives outlined in the budget should also support growth in construction and related industries.

Chief among these are plans to construct a new ferry terminal at Toco on Trinidad’s north-eastern coast, part of efforts to improve inter-island connectivity and facilitate maritime services to Tobago, and the development of the $104.3m Phoenix Park Industrial Estate, located at Couva on Trinidad’s west coast, with work to begin in January.

The residential construction segment also received a lift in the budget, with the raising of the stamp duty threshold for first home-buyers from $850,000 to $1.5m as of January 1 potentially providing an incentive for more locals to enter the housing market and spurring demand for property.

These initiatives should drive growth in related segments such as manufacturing, which expanded by 7.3 percent in FY 2018, and cement sales, which grew by 3.4 percent year-on-year in the second quarter of the year, according to the Central Bank of T&T.