OilNOWLatest News and Information from the Oil and Gas sector in Guyana
More
FeaturedNews
Updated: July 16, 2022 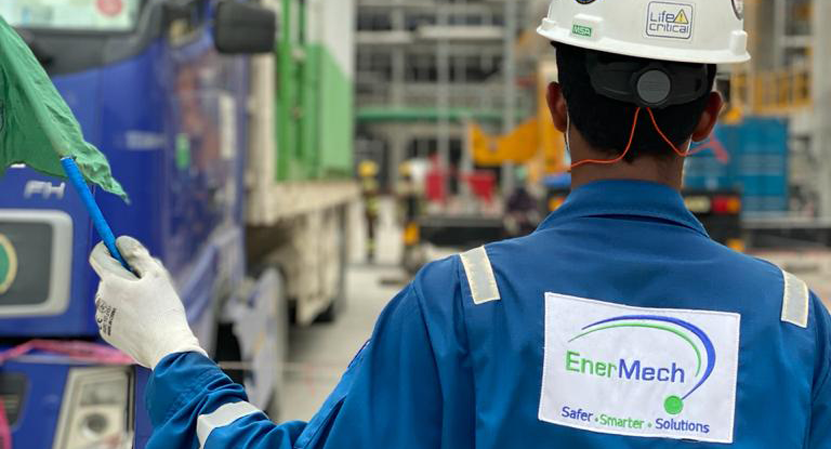 Enermech announced Wednesday that it was able to net several operating expenditure (OPEX) and capital expense (CAPEX) contracts totaling US$128 million for work in African, Middle Eastern and Caspian locations.

It said this occurred after the company undertook a set of strategic growth activities inclusive of a new equipment investment of approximately US$10 million, signing a number of in-country joint ventures and partnerships, as well as a recruitment drive expanding its team across those locations by a projected 63% in the next 12 months.

In Kazakhstan, Enermech has expanded its crane capabilities with a full team of local experts setting the stage to secure their first crane maintenance contract of US$6.7 million for the delivery of onshore and offshore crane maintenance, repair, inspection, and certification services.

The other projects include valve maintenance services provided to a national oil company in the Middle East, crane maintenance and process, pipeline and umbilicals work for a major operator in Turkey and a turnaround and maintenance scope for a national liquefied natural gas (LNG) company in Angola.

“EnerMech’s long-standing global presence has allowed us to build a strong reputation across each region and we are beginning to see really strong results,” EnerMech’s regional director for Africa, Middle East and Caspian, Paul Cockerill, said. “We are known for our excellence in project delivery and this announcement pays testament to this.”

EnerMech has been established in the Middle East since 2009, in Africa for over a decade and the Caspian for more than 13 years.

The company also has operations in Guyana, where it first established in 2019. Enermech has provided critical pipeline, process and umbilical pre- commissioning services to its clients for their operations offshore Guyana and also mechanical services for onshore activities.

It is also offering a number of technical courses for Guyanese nationals, through a partnership with 3TEnergy. The Guyana government announced under its Guyana Online Academy of Learning (GOAL) program that it would be providing, in the initial phase, free training delivered by 3T Enermech, to 150 students. They would have the opportunity to be certified in rigging and erecting, safety management pack (SMP) operative, as well as fabric maintenance, coating, and scaffolding.

3t EnerMech has entered into a partnership with Orinduik Development Incorporated Training Centre to deliver Guyana’s first in-country, state-of-the-art training facility for the local workforce. It said this venture will provide an industry-leading and internationally accredited facility in alignment with the new local content law.