OilNOWLatest News and Information from the Oil and Gas sector in Guyana
More
FeaturedNews
Updated: June 23, 2022 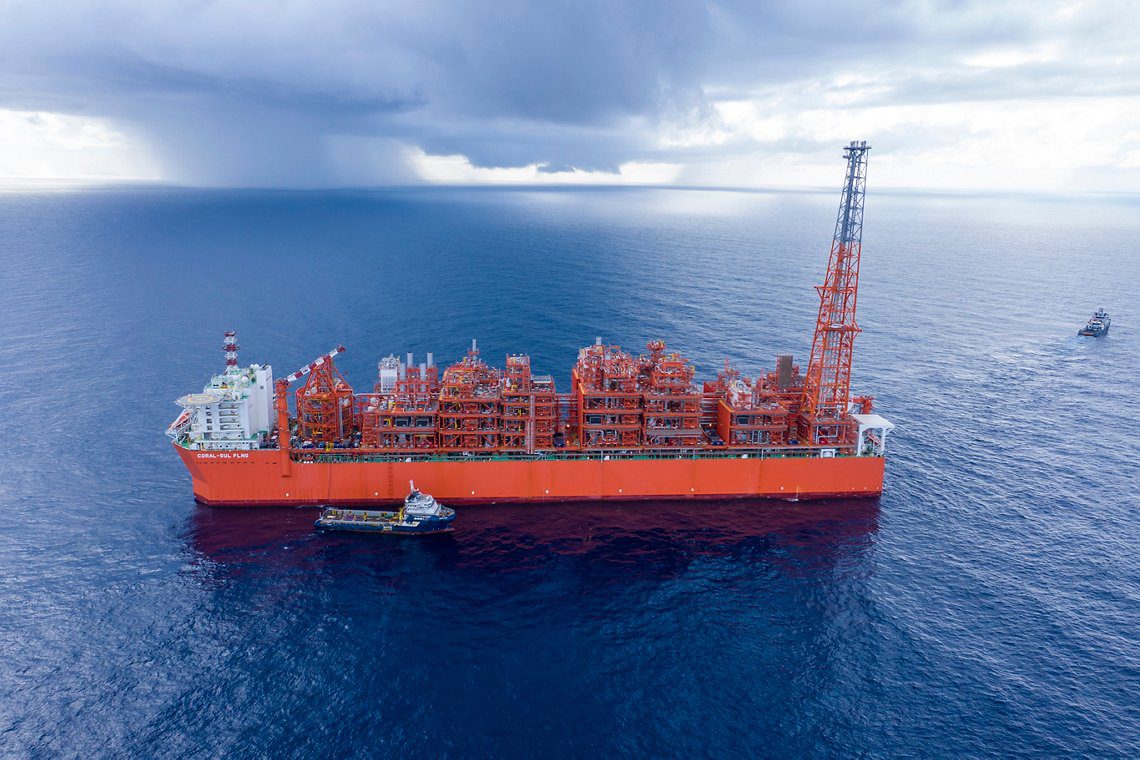 “Following the introduction of gas in the plant, the Coral Sul FLNG will now be ready to achieve its first LNG cargo in the second half of 2022,” Eni said in its announcement.

The Coral Sul FLNG arrived offshore Mozambique in early January 2022; mooring and connection to the six production wells at the Coral South reservoir were finalised in March and May 2022, respectively.

The project involves producing and selling gas from the southern part of the Coral field, using a floating plant for liquefying natural gas with a capacity of 3.4 million tonnes, linked to six subsea gas-producing wells. Eni and its Area 4 concessionaries then sell the liquefied gas to BP, under a 20-year contract with an optional 10-year extension.

According to Eni, the Coral-Sul FLNG was implemented with an energy optimisation approach and integrated into the design via a systematic analysis of energy efficiency improvements.

These include among others, zero flaring during normal operations, use of thermal efficient aero-derivative gas turbines for refrigerant compressors and generation, use of Dry Low NOx technology to reduce nitrogen oxides (NOx) emission and waste heat recovery systems for the process.