OilNOWLatest News and Information from the Oil and Gas sector in Guyana
More
FeaturedNewsProduction
Updated: May 5, 2017

In excess of 1,340 direct jobs could be created over lifetime of Liza phase 1 project 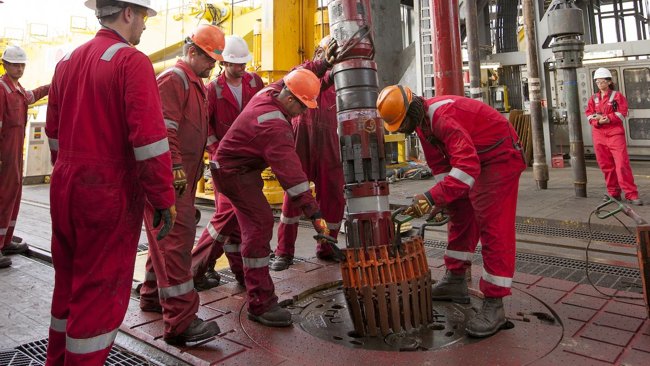 More than 1,340 direct jobs could be created over the lifetime of the Liza phase 1 development project which will see a proposed 17 wells being drilled, equipment installed and oil production undertaken in the Stabroek Block, 120 miles offshore Guyana.

EEPGL (45%), together with Hess Guyana Exploration Limited (30%) and CNOOC Nexen Petroleum Guyana Limited (25%), are parties to a Petroleum Agreement with the Government of Guyana. Under this agreement, and in light of the Liza field discovery, EEPGL has applied for a Petroleum Production Licence and has since submitted a Project Development Plan to authorities in Guyana.

EEPGL is the operator in the Stabroek, Canje and Kaieteur Blocks, offshore Guyana.

The FPSO will be connected to the wells via separate production (oil, gas, and produced water), gas injection, and water injection flowlines and risers, and associated subsea equipment. The Project will also involve shore-based facilities and marine/aviation services to support development drilling, FPSO and subsea equipment installation, production operations, and ultimately decommissioning.

OilNOW understands it could take up to four years to drill the wells, with drilling planned to begin as early as 2018. The initial production is expected to begin by mid-2020, with operations continuing for at least 20 years.

This number could increase based on the number of FPSOs in use and other changing conditions in the Stabroek Block.

OilNOW reported on April 16 that ExxonMobil was moving to have a second FPSO installed. This second vessel will be bigger than the first, and is also earmarked for the Liza development. The second FPSO can be supported with volumes already discovered at Liza, as well as at the Payara discovery in the Stabroek block.