OilNOWLatest News and Information from the Oil and Gas sector in Guyana
More
FeaturedNews
Updated: May 5, 2017 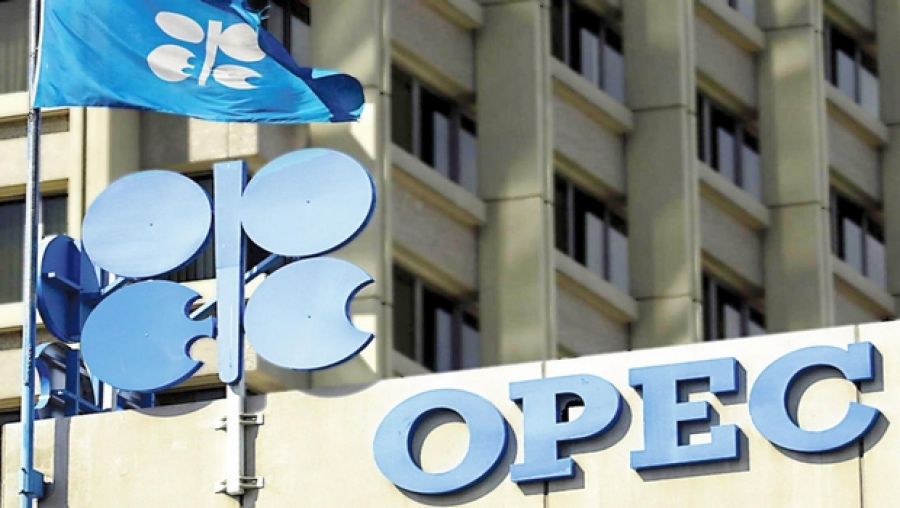 (S&P Gobal Platts) The 10 Organization of the Petroleum Exporting Countries (OPEC) members’ crude output stayed unchanged in April at 31.85 million barrels per day compared to March, according to an S&P Global Platts survey released today (May 5). OPEC is still showing high compliance with its production cut agreement, as increases in Angola and Nigeria were offset by declines from Libya and Iraq.

“OPEC members can go into their May 25 meeting in Vienna feeling good about their compliance levels. Even countries, like Iraq and the UAE, which have come in for some criticism over their production levels, moved closer to compliance in April. But an extension to the production cut agreement is far from a done deal, with many details to be negotiated, including cut levels, exemptions and duration, amid an increasingly skeptical market. OPEC still has much to discuss,” said Herman Wang, OPEC Specialist, S&P Global Platts.

Thus, the April production figures in the S&P Global Platts survey and the five other secondary sources used by OPEC to monitor output will be some of the final data points that the organization considers at its meeting. OPEC’s collective April output was some 80,000 b/d above its stated ceiling of 32.5 million b/d, when Indonesia, which typically produces about 730,000 b/d, is added in. Indonesia suspended its OPEC membership in November and is not included in the S&P Global Platts survey estimates for 2017.

OPEC’s largest producer Saudi Arabia averaged 9.97 million b/d in April, according to the survey, below its quota under the deal of 10.058 million b/d. The kingdom is seen as a driver of OPEC’s production cut deal, with energy minister Khalid al-Falih saying at a conference in Abu Dhabi last month that there appeared to be a growing consensus on a need to extend the cuts, as global inventories remain stubbornly high.

Iraq, which has faced criticism for not fully complying with its required cut, produced 4.36 million b/d in April, the survey found, as the Taq Taq field in the Kurdistan Region of the country has seen output decline, while exports from Iraq’s Persian Gulf terminal also fell during the month. The country’s April output is 9,000 b/d above its quota under the deal, the closest it has been to compliance. Over the January through April period, however, its average remains 60,000 b/d above its quota, the highest among OPEC members.

Angola saw new production come online in its offshore East Hub development, with the country’s output rising 80,000 b/d in the month to 1.68 million b/d. Nigeria, meanwhile, ended maintenance on key export grade Bonga in April, with production at the field ramping up throughout the month. The country’s output averaged 1.65 million b/d in April, according to the survey.

In Libya, a blockade of a pipeline from the Sharara field to the Zawiya terminal in the country’s west by a militia knocked production down significantly in the month to 550,000 b/d.  Libya’s National Oil Company declared force majeure on Zawiya on April 9, but NOC Chairman Mustafa Sanalla last week announced that a deal had been struck with the Petroleum Facilities Guard militia to reopen Sharara, as well as the nearby El Feel field.      Nigeria and Libya, both impacted heavily by militancy over the last year, are exempt from the production deal, which led some OPEC watchers to doubt the effectiveness of the agreement, if production from the two countries were to recover and offset any cuts. But the two countries’ combined January-April average output of 2.273 million b/d is just 6,300 b/d higher than their October levels, according to the S&P Global Platts survey.

Of the 11 members of OPEC that have a quota under the deal, compliance is 117%, based on January through April averages.  If Iran is not included, the 10 members of OPEC required to cut production have achieved a collective 105% of their cuts, based on January through April averages. Since the deal covers an average of January to June output, month-to-month fluctuations are to be expected. The S&P Global Platts estimates were obtained by surveying OPEC and oil industry officials, traders and analysts, as well as reviewing proprietary shipping data.

In concert with OPEC, 11 non-OPEC countries led by Russia have also agreed to cut output by a combined 558,000 b/d in the first half of 2017, with many of those countries phasing in their reductions or relying on natural declines. Russia last week announced it had reached its commitment to cut 300,000 b/d. Ministers from those 11 non-OPEC producers will also be meeting in Vienna with OPEC on May 25 to review their participation in the deal and any extension.

Notes: OPEC ministers on November 30 finalized a deal to freeze production at around 32.5 million b/d, beginning January 1 for six months. The agreement exempts Libya and Nigeria, while allowing Iran a small increase in production. Non-OPEC producers led by Russia also agreed to cut output by 558,000 b/d in the first half of 2017, with Russia set to cut 300,000 b/d. OPEC will meet in Vienna on May 25 to review the deal, along with the 11 non-OPEC participants. Indonesia suspended its OPEC membership on November 30, but its output is being counted by OPEC under the production ceiling. The estimate for Iraq includes volumes from semi-autonomous Iraqi Kurdistan.