OilNOWLatest News and Information from the Oil and Gas sector in Guyana
More
ExplorationFeatured
Updated: April 16, 2017

Exxon forges ahead with plans for second FPSO in Guyana 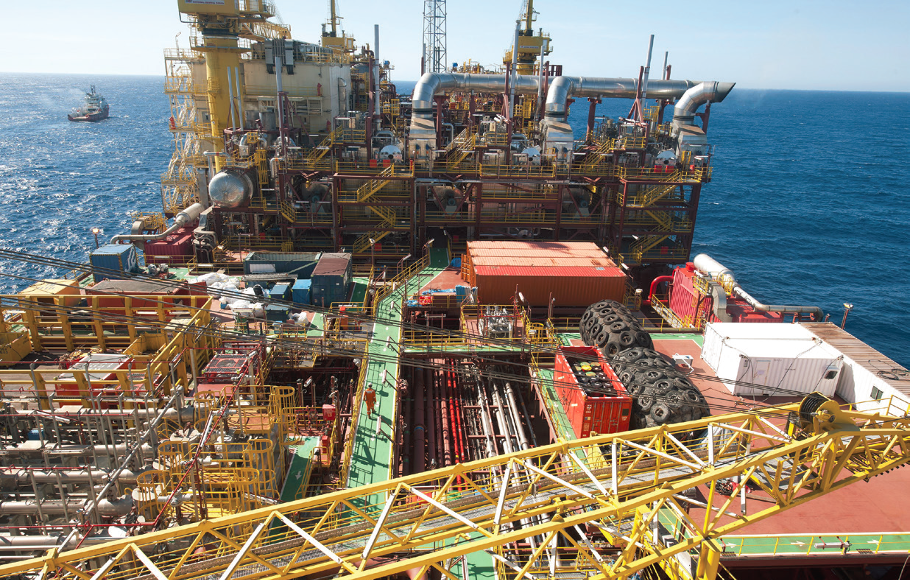 Plans are moving forward by ExxonMobil for the installation of another Floating Production, Storage and Offloading (FPSO) vessel in Guyana. Upstream reports that this second vessel will be bigger than the first, and is earmarked for the Liza development, located 120 miles offshore in the Stabroek Block.

Exxon plans to bring Liza on stream through an FPSO that is lined up to be converted by Dutch floater specialist SBM Offshore and will have production capacity of 120,000 barrels per day of oil. It is planned to be installed by 2020, with a final investment decision expected later this year.

The second FPSO can be supported with volumes already discovered at Liza, as well as at the Payara discovery in the Stabroek block.

What is an FPSO?

The FPSO (Floating Production Storage and Offloading) system is used extensively by oil companies for the purpose of storing oil from the oil rigs in the middle of the ocean and in the high seas. It is one of the best devised systems to have developed in the oil exploration industry in the marine areas.

The FPSO, as its name suggests, is a floating contraption that allows oil rigs the freedom not just to store oil but also to produce or refine it before finally offloading it to the desired industrial sectors, either by way of cargo containers or with the help of pipelines built underwater.

The use of this system ensures that shipping companies do not have to invest even more money by ferrying the raw and crude oil to an onshore refinery before transferring it to the required industrial areas. In simple terms, the FPSO saves time and money effectively.

The following steps will elaborate on the different functions performed by the FPSO as a system:

Production: The ‘P’ in the FPSO stands for production. Production means evolving the crude oil obtained from the deeper parts of the ocean. The FPSO is enabled and fitted with equipments that would act as a refinery of sort to distil the oil obtained from the ocean along with the gases that are emitted. This is the main feature of a FPSO as only with the help of this feature can a FPSO attain the reliability that it enjoys in today’s times.

Storage: This is the second most important feature because just as it is important to filter the excavated oil from its oceanic reservoirs, it is equally important to store it as well. For this purpose, the FPSO is built in such a way that the tubes and the pipes and the tanks are perfect for storing the distilled product from the crude raw-material. They are safe and sturdy so as to resist any chances of unwanted oil spillage and thus contamination of the marine life-forms.

Offloading: This is ‘O’ in the concept of FPSO. The offloading aspect is important when the FPSO has to transfer its contents into ships designed as oil carriers or to pipelines that act as transfer agents. In simple terms, offloading refers to removing the cargo in a FPSO and transferring it to another cargo-carrying vessel or equipment. The offloading part is very tricky as the process is carried out in the middle of the sea and thus requires a lot of concentration and focus in order to avoid any sort of spillage.

It has to be noted that even while the entire working process of a FPSO is very intriguing, the designing aspect is very amazing. This is because the system has to be constructed in such a way that it remains invulnerable to the constant changes that take place in the middle of the ocean or the seas. The various tubes and pipes have to be built in such a way that they do not affect the pureness of the oil obtained and the same time do not get broken because of heavy storms or tide-currents.

The FPSO as a system has been in use from the seventies when major-scale oil exploration began in the oceans and seas. In these past four decades, given the way oil exploration industry has been on the rise, the use and relevance of a FPSO has increased even more. The system is foolproof, enables cost efficiency and thus becomes a very major asset when it comes to excavating oil in the marine areas.