OilNOWLatest News and Information from the Oil and Gas sector in Guyana
More
FeaturedNews
Updated: May 18, 2022 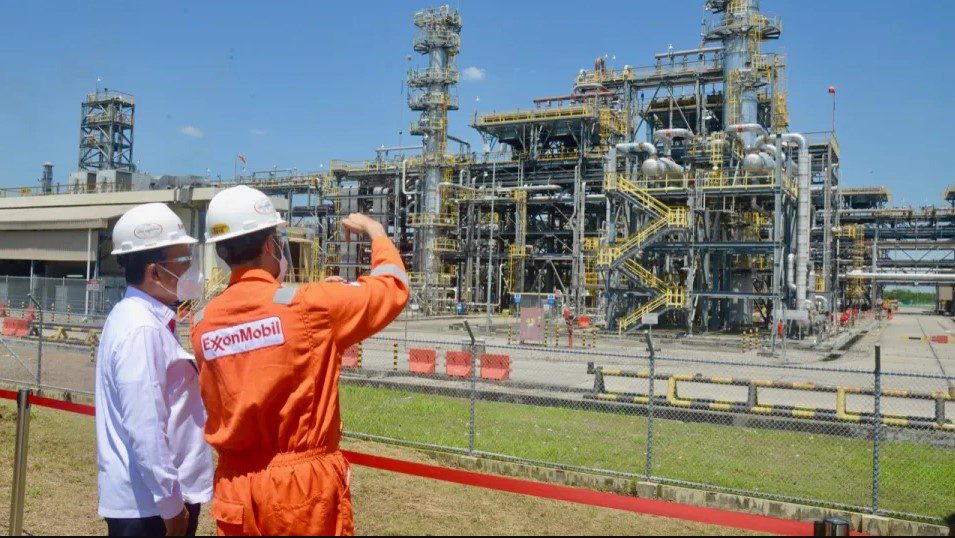 Pertamina, the state-owned energy company for Indonesia and oil major ExxonMobil have entered an agreement for a study to gauge the potential for the implementation of lower-emissions technologies, like carbon capture and hydrogen production, on a large scale.

The deal adds to Indonesia’s efforts to advance carbon capture and storage in the Southeast Asian country and will also support Indonesia’s net-zero ambitions while building on the decades-long strategic partnership between ExxonMobil and Pertamina.

According to Dan Ammann, President of ExxonMobil Low Carbon Solutions, who was present at the signing, the deal positions Indonesia to play a leading role in supporting the reduction of emissions from hard-to-decarbonise sectors.

“Expansion of carbon capture and storage in Southeast Asia would support a lower carbon future. Governments, the private sector, and communities will need to work hand-in-hand to make this a reality,” he continued.

According to ExxonMobil, carbon capture and storage is proven to help some of the highest-emitting sectors to reduce their emissions, such as manufacturing, power generation, refining, petrochemical, steel and the cement industries.

Exxon’s signing of this agreement is in-keeping with its plan to achieve net zero greenhouse gas emissions for operated assets by 2050.

Over in Guyana, the government is looking to partner with ExxonMobil to push its own low carbon effort forward.

Citing the need for international oil companies (IOCs) to operate in line with its sustainable policies, ExxonMobil has been asked to conduct a comprehensive study to determine how best it can support Guyana’s low carbon ambitions.

Like Indonesia, ExxonMobil’s Guyana study is expected to include a roadmap towards greenhouse gas emissions (GHG) intensity reductions for its operations in the Stabroek Block.