OilNOWLatest News and Information from the Oil and Gas sector in Guyana
More
FeaturedNews
Updated: October 20, 2022 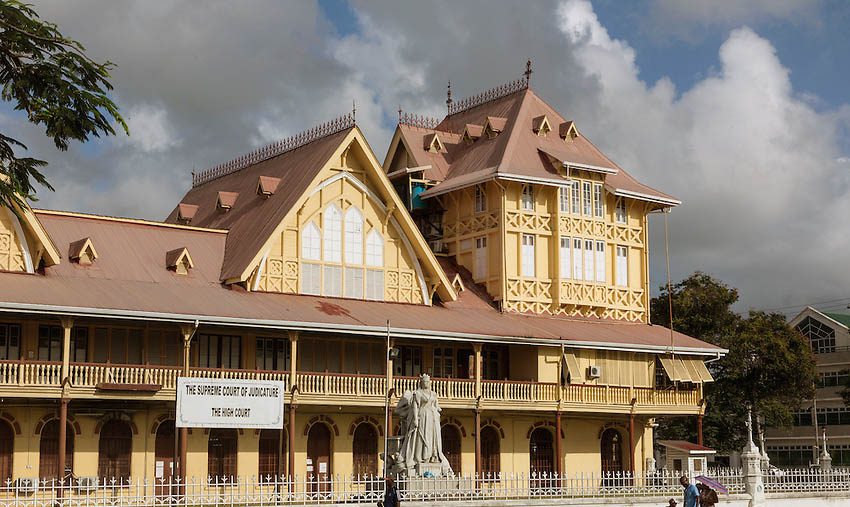 ExxonMobil affiliate, Esso Exploration and Production Guyana Limited (EEPGL), has been granted a court order to join proceedings in a suit brought to the Guyana Supreme Court that challenges the validity of its Liza Phase 1 environmental permit.

Danuta Radzik, a local activist and Sinikka Henry, a lecturer at the University of Guyana, who are represented by activist and international lawyer Melinda Janki and Abiola Wong-Inniss, had filed a court case against the Environmental Protection Agency (EPA) seeking to overturn its decision to grant EEPGL a five-year extension on its Liza Phase 1 permit.

The two women are also seeking a court order to close down EEPGL’s multi-billion-dollar operations in the Liza Phase 1 project, claiming that the permit is unlawful on the basis that a new environmental impact assessment was not done before the permit was renewed.

Despite the financial impact an adverse ruling would have had on its operations, EEPGL had not been included as a party to the case by the claimants. EEPGL therefore sought to correct this by filing a Notice of Application (NOA) to be made a party to the proceedings and be given a chance to defend its permit.

The NOA was heard by High Court Judge Damone Younge on October 12 and on October 17, Justice Younge ruled that since EEPGL is the holder of the permit and would suffer financial loss and damage, they should be made a party to the matter.

EPA renewed EEPGL’s Liza Phase 1 permit back in May of this year. This suit followed. EEPGL, using the Liza Destiny floating production, storage and offloading (FPSO) vessel, has been producing oil in the field since December 2019. It is, in fact, the first oil field in Guyana’s history to have produced oil in commercial quantities. The Liza Unity joined the Destiny in February of this year.

Janki has been prominent in campaigning against the renewal of this permit, arguing that enough has not been done to protect Guyana from any environmental damage from a potential oil spill.

She was previously the lawyer in a case filed by then head of the Transparency Institute of Guyana Incorporated (TIGI) Dr. Troy Thomas, to shorten the renewal periods of the Liza Phases 1 and 2 permits. In a 2020 ruling, the High Court shortened the renewal periods for both permits to five years, after they had each been granted for periods in excess of two decades.