OilNOWLatest News and Information from the Oil and Gas sector in Guyana
More
FeaturedNews
Updated: April 27, 2018

Exxon lucky-run in Guyana hits snag at Sorubim; dry hole a reminder of risk in E&P 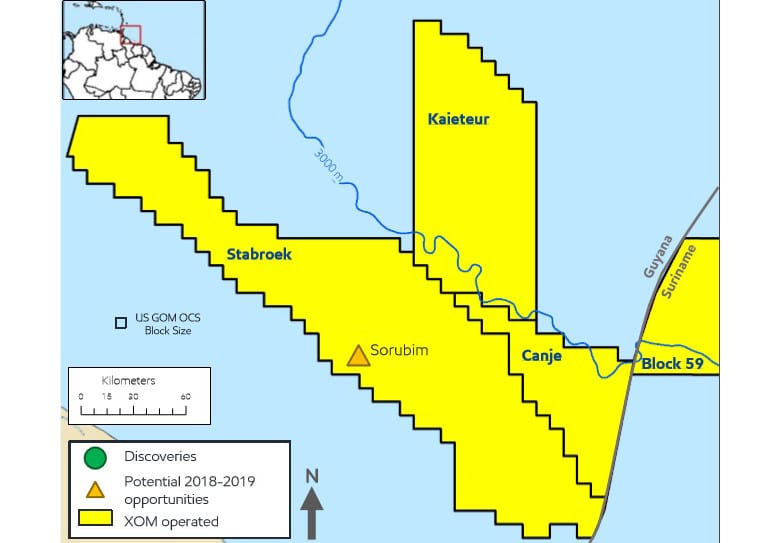 US oil major ExxonMobil’s unprecedented string of oil discoveries off the Guyana coast has hit a snag with no oil being found at the Sorubim-1 well where the Noble Bob Douglas has been drilling in recent weeks.

Vice President of Investor Relations and Secretary, Jeffrey Woodbury told investors during a conference call on Friday to announce the company’s Q1 2018 earnings that, “Sorubim well reached total depth this week but failed to encounter commercial quantities of hydrocarbons.”

ExxonMobil Guyana Senior Director, Public and Government Affairs, Kimberly Brasington, told OilNOW on Friday “Any exploration activity comes with a certain amount of calculated risk. This is especially true in frontier areas like Guyana. We know that success is not guaranteed, but we are not reluctant to take measured risks.”

The unprecedented number of discoveries ExxonMobil Guyana has made in the Stabroek Block – a total of 7 resulting from finds at 11 out of 12 wells – the only previous dry well being Skipjack, makes a failure somewhat of an unusual event in the South American  country. But this latest development is a reminder that the business of exploration and production remains one fraught with high risks.

Nevertheless, ExxonMobil in partnership with Hess and CNOOC Nexen has discovered more than 3.2 billion barrels of recoverable oil in the 6.6 million acres Stabroek Block and is rapidly moving to first oil with the Liza Phase 1 development due in early 2020.

“We’re exceptionally proud of the work our teams have done in Guyana. We are well on our way to production by 2020 on the first discovery,” Ms. Brasington told OilNOW.

The company will now be moving on to the Long Tail prospect to continue its search for more oil in Guyana.