Demand from the world’s top oil companies for floating drilling units has climbed steadily in the past two years and is set to rise further through 2020 and 2021.

Norway-based Rystad Energy said this trend is a result of the majors stepping up development and exploration activity in deepwater basins.

Rystad Energy said it expects demand to grow further towards 2022. 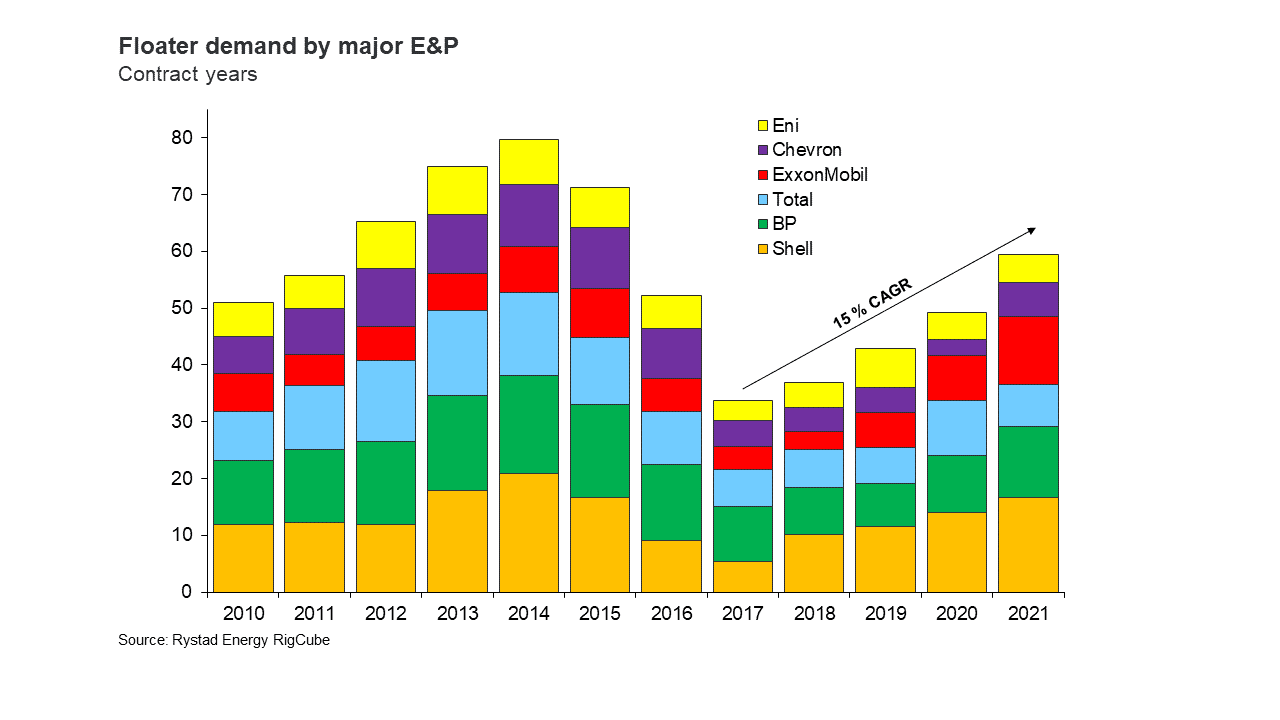 Dutch floater specialist SBM Offshore delivered the first FPSO to Guyana in August 2019 for the Liza Phase 1 Development at the ExxonMobil operated Stabroek Block. The hull for a second vessel – the Liza Unity – recently arrived in Singapore for topsides installation. The Liza Unity will be the first floater to be built under SBM Offshore’s Fast4Ward® program. The company has also been awarded a FEED contract for a third vessel – the Prosperity – to be used in the Payara development offshore Guyana, pending government approvals.

ExxonMobil expects to be operating around 5 FPSOs offshore Guyana by 2025, producing more than 750,000 barrels of oil per day.

‘Iwokrama collaboration fits with our core value of science, protecting the...