OilNOWLatest News and Information from the Oil and Gas sector in Guyana
More
FeaturedNews
Updated: August 23, 2020 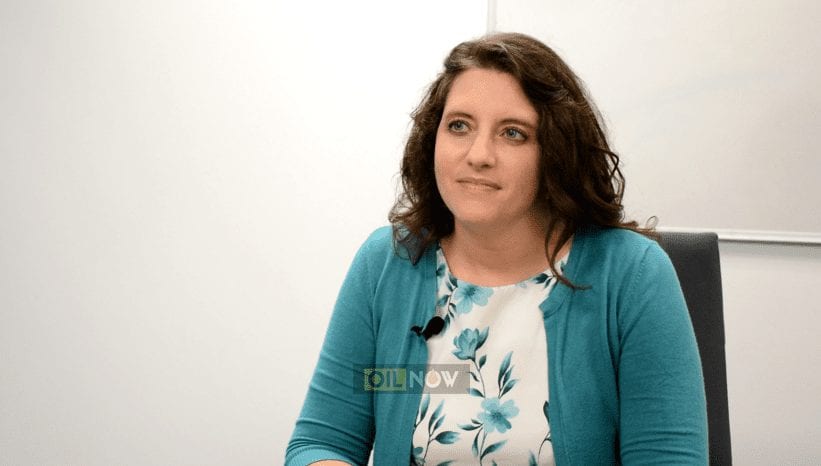 ExxonMobil remains engaged with the Government of Guyana regarding a proposed project that could see gas from the offshore Liza field being piped to shore. Since discussions on the project resumed just over a week ago with Guyanese authorities, the prospect of bringing gas to shore has been receiving much attention from the population which has been plagued by regular power outages and an exceedingly high cost of electricity supply.

“Yes, we have already had discussions. It will be something that will be great to see happen because we do have natural gas from the Liza field that could be made available to bring onshore,” said Deedra Moe, ExxonMobil Guyana Senior Director, Public and Government Affairs, speaking on a local radio programme on Friday.

The project would involve running a 120-mile-long pipeline from the Liza field to shore, which has been determined to be ‘technically feasible’.

The ExxonMobil official reminded that using gas to power the generators that provide electricity to hundreds of thousands of consumers across the country will be cleaner by up to 50 percent when compared to using heavy oil, as is done currently. “So that’s a huge benefit from an environmental standpoint,” she said, pointing out that the natural gas would be a less expensive option than heavy oil.

“It is a project of great benefit and the government is very interested and we absolutely see the benefit of it,” she said, citing the high cost of power and its effect on business.

The new Guyana government has indicated that it will review studies done on the proposed gas to shore project with a view to moving it to fruition.

“So, we will of course have to be guided by…the best technical minds, but we want this project on the road as early as possible,” Guyana’s Vice President Bharrat Jagdeo said recently, citing the need to provide reliable power for the growth of industry and also the need to reduce the cost of electricity.

“Affordable, reliable and cleaner energy is essential to economic progress,” Alistair Routledge, President of ExxonMobil Guyana, said in a recent comment to OilNOW, reiterating the company’s interest in seeing the project implemented.

Guyana’s Minister of Natural Resources, Vickram Bharrat, had said that a government team headed by the President met with ExxonMobil officials as well as other stakeholders recently during which they discussed the gas to shore project. “The companies are willing to work with us to implement this project,” he stated.

The Vice President noted that there are a number of factors to consider such as who will own the facility as well as whether it will be a public private partnership or a government-owned project.