OilNOWLatest News and Information from the Oil and Gas sector in Guyana
More
ExplorationFeaturedNews
Updated: February 25, 2021 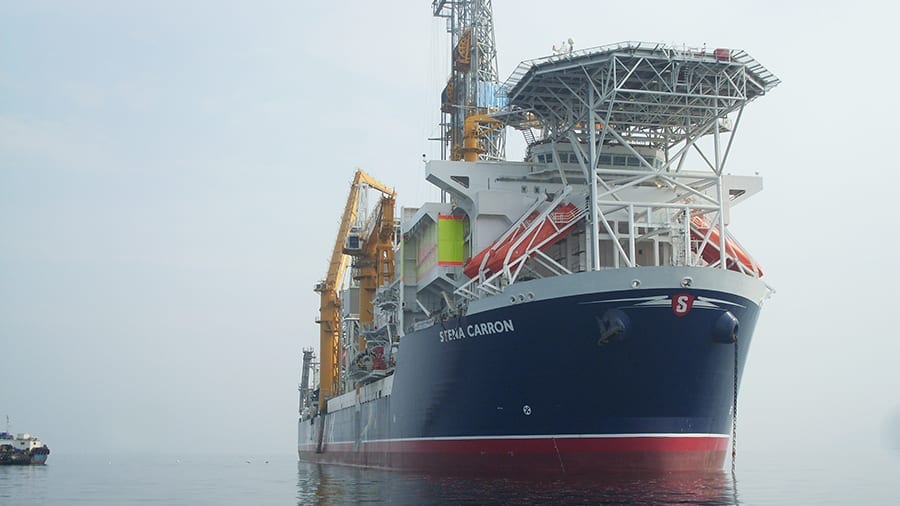 The Stena Carron drillship is wrapping up operations at the Bulletwood-1 prospect offshore Guyana on the Canje Block where the well was spudded approximately 57 days ago.

The Maritime Administration Department said in a notice on Wednesday that the Stena Carron is expected to conclude its activities on March 15.

The well site is situated approximately 136 nautical miles (251.87 kilometres) from the Coast of Guyana and covers an area of 0.29 square nautical miles.

Bulletwood-1 is the first in a multi-well drilling campaign being carried out by ExxonMobil, operator on the Canje Block, over the next 6 months. Two other wells – Jabillo-1 and Sapote-1 – have also been selected as potential drilling targets on the block.

Most of the discoveries offshore Guyana to date have been made in the slope environment. Canje is the first block offshore to test prospects on the basin floor – which have the potential to contain larger accumulations of recoverable hydrocarbons.

Experts at consultancy group Wood Mackenzie have said the Canje source rock is equivalent to source beds found in some of the world’s most envied hydrocarbon provinces.

According to analysts, Bulletwood-1 could contain more than 500 million barrels of oil equivalent resources.