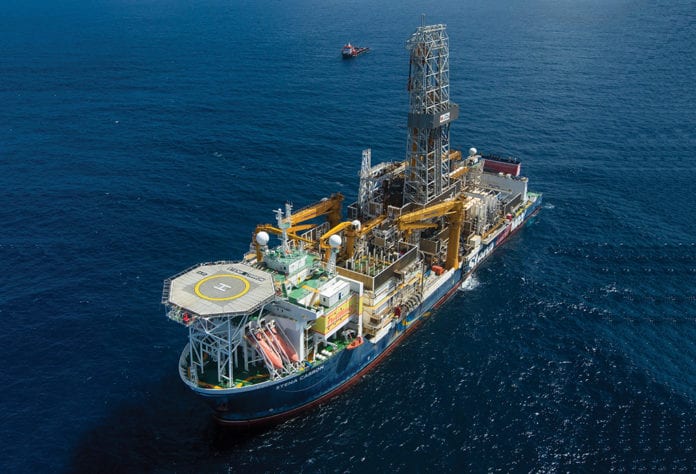 Three discoveries have been made outside the Stabroek Block offshore Guyana, the most recent being Carapa-1 where Repsol and its partners encountered just around 4 metres of net oil pay. While this, together with the heavy oil results from the Jethro and Joe discoveries at the Orinduik Block prove to be disappointing, analysts say it is still likely that significant volumes of light crude could be found nearby.

ExxonMobil has discovered more than 6 billion barrels of oil equivalent at the prolific Stabroek Block where it has started production at the Liza field.  Liza crude is considered medium sweet with a typical gravity of 32.1 API and sulfur content of 0.51%.

The string of sizeable discoveries by the US oil major, now numbering 15, has boosted the confidence of other explorers, particularly those in adjacent blocks.

“Carapa-1, even though disappointing, is a discovery and demonstrates the presence of a working petroleum system on the block,” said Ruaraidh Montgomery, an analyst with energy consultancy Welligence.

Preliminary testing shows the oil is 27 degrees API with a sulfur content of less than 1%.

“Information from the well can help the partners improve their understanding of the remaining prospectivity on the block” since multiple targets have been identified, Montgomery added.

While noting that the discovery is “clearly non-commercial,” Rene Santos, an upstream analyst with S&P Global Platts Analytics, said finding oil near the prolific Stabroek block is “encouraging.”

“With the information from the well plus seismic and geologic modeling, [the Repsol-led group] may be able to find another location on their block where the net pay is much thicker” and even comparable to Stabroek, Santos said.

Eco (Atlantic) Oil & Gas Ltd. believes the Carapa discovery, though lower than previously estimated, is still an important discovery as it confirms the prospectivity of the Orinduik Block.

“The Carapa discovery is very important to us technically and confirms our thinking on prospectivity on our Orinduik block. The existence of a good oil grade unaffected by sulphur in board of us is excellent news…,” Colin Kinley, Chief Operating Officer of Eco Atlantic said.

Stena Forth arrives in Guyana for Tullow drill campaign