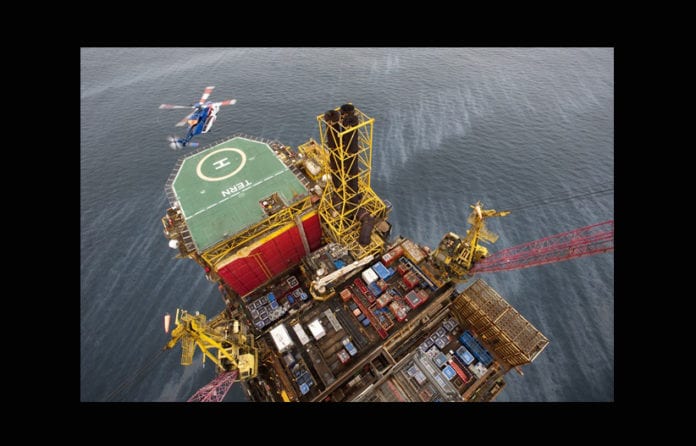 An offshore worker on a North Sea platform has been quarantined over concerns around the outbreak of the coronavirus Energy Voice said in a report on Friday.

The worker, on board Taqa’s Tern Alpha installation 105 miles north-east of Shetland, United Kingdom, has presented “minor symptoms after returning recently from holiday in Thailand”.

According to the Energy Voice report, Taqa said the individual is being “attended to by the medic on board” and is “remaining separated from the crew until the results of the tests are known.”

A helicopter crew change was due to arrive at the Tern today but it is understood that was diverted at the discretion of the helicopter operator.

Quarantine is a standard procedure on Taqa installations for outbreaks of other viral illnesses like flu.

A spokeswoman added that Taqa has now put travel restrictions in place to its offshore platforms by workers who have returned to countries hit by the virus, joining fellow operator Chrysaor who has also imposed similar restrictions.

In an email seen by Energy Voice, Chrysaor said workers returning from China’s Hubei Province cannot go offshore for 14 days and should go into self-imposed quarantine.

The Energy Voice report said the operator also placed similar restrictions on anyone experiencing a cough or fever that has recently returned from Far East countries including China, Thailand, Japan, Korea, Singapore and Malaysia, among others.

Chrysaor, the largest producer of oil and gas in the UK North Sea, said it was taking “prudent” steps to reduce the risk to its people and offshore installations. (Energy Voice)