OilNOWLatest News and Information from the Oil and Gas sector in Guyana
More
FeaturedNews
Updated: March 23, 2018 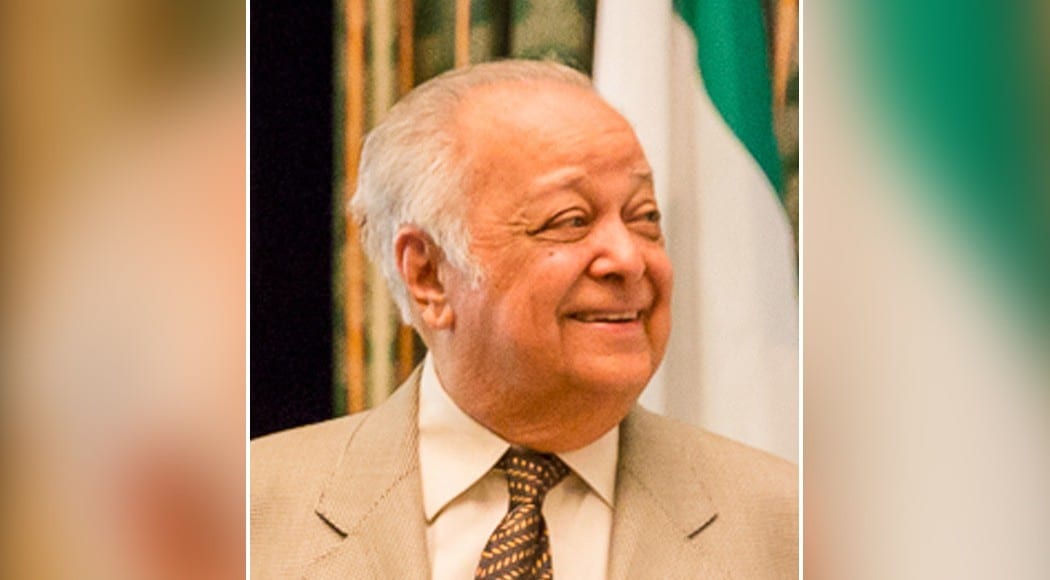 Former Commonwealth Secretary-General, Sir Shridath Ramphal, will again lead the Guyanese legal team of defense lawyers in a border controversy case, this time against Venezuela – to be called shortly by the International Court of Justice (ICJ).

The confirmation was given by Sir Shridath on Thursday, during a live radio broadcast for the launch of ‘Guyana our own’ – a radio jingle aimed at sensitizing the Guyanese public to the issue.

Speaking on the South American nation’s state-owned National Communications Network radio, Sir Shridath announced confidently, “the case is in good hands, the hands of the same team that won the judicial proceedings for Suriname.”

The Guyana Government, he said, decided to stick with its team that was successful in its petition to the United Nations (UN) in the maritime dispute with Suriname.

Speaking to the development on Thursday, Sir Shridath reminded that the border matter had in fact been settled between Venezuela and Guyana on the eve of the latter’s independence in 1966.

As such, “they (Venezuela) have stalled, they have filibustered…they have tried to avoid this day, but the day has come.”

The application for the matter has already been filed with the ICJ, he said, reminding it to be, the highest judicial authority in the world.

“Guyana could not expect better…it is for us now to establish to the world what has always been the case.”

Sir Shridath in making the announcement said—in reference to the legal team—“we’re going to work again to finish the job.

The eminent diplomat has since opined that preparing the matter for this case is in fact much easier than that of Suriname since much of the archived and old resource material is still available at various reservoirs all over the world.

The quarrel, he reminded, was originally between Great Britain and Venezuela; inherited by an independent Guyana having already been resolved.

The matter reached a flashpoint when a US seismic vessel contracted by Anadarko to map for hydrocarbons offshore, was detained by the Venezuelan military and the vessel and its crew taken into that country’s territory.

Tensions escalated again in 2015 days after US oil major ExxonMobil announced that it had made a world-class find in the Guyana Stabroek Block.