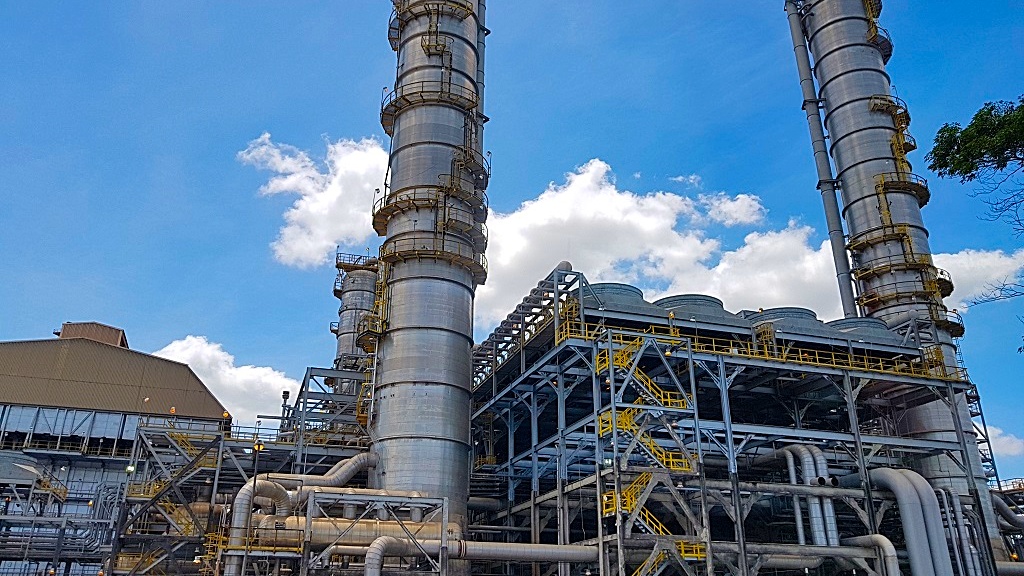 There is now a full-blown crisis in Trinidad and Tobagio’s petrochemical sector, with four plants shut down in four months and word that more could be taken out of operation as the sector reels under low commodity prices and the high cost of natural gas in T&T, according to a report in the TT Guardian.

This week, the largest methanol producer in the country and one of the largest in the world, Proman, announced that it had already suspended operations in one of its plants in T&T and more would be shut down if the situation remains the same, the Guardian report said.

“While we have been working hard to manage these conditions and protect our business and our employees, the combined pressures of the global downturn and a high natural gas pricing environment in Trinidad and Tobago has created significant challenges that will impact the entire value chain,” a release from Proman said.

“Our M3 plant has been idled since mid-April, with further potential shutdowns in the weeks ahead if the situation remains unchanged.”

The company has joined with the rest of the Point Lisas operators proposing Government temporarily reduce the price they are paying for natural gas in order to keep the industry going.

The Proman release said: “Together with other downstream producers, we are working closely with NGC and GORTT, via the Roadmap to Recovery Committee, to try to secure the critical short-term relief pricing measures required to stabilise the sector.”

According to the Guardian, the shutdown of the four plants is already costing Government an estimated US$1.3 million a day in revenue and the National Gas Company has lost consumers for 15 per cent of the gas used on the estate, or almost quarter of a billion standard cubic feet of gas a day.

NGC chairman Conrad Enill yesterday told Guardian Media he did not know if they would be stuck with paying the bill for not taking the gas but acknowledged this was a major concern. He said the state company was hurting financially and acknowledged it even tried to re-negotiate its gas contracts with the upstream companies, but while doing so the COVID-19 pandemic had made it all but impossible to find a solution.

“COVID-19 has not helped us in any way; it has, in fact, created some additional challenges that we didn’t see before. The biggest issue here is the price issue and it is bad and on the NGC side we have been looking at some negotiations, renegotiations, and even all of that is not sufficient to deal with the decline on the price side. There are other things we are looking at as well but it is gonna take time,” Enil said.

To understand how T&T got here there are a number of things that have happened.

When one considers that T&T is selling most of its products into the Chinese market and one is paying almost US$60 per metric tonne for freight, the plants are essentially earning on average US$120 per metric tonne, with a break-even position of US$250 per metric tonne. In other words, they are earning half what it costs to produce the product. Added to that, T&T’s cost for natural gas is one of the highest among world petrochemical producers and there is risk to continuing in business.

NGC chairman Conrad Enill yesterday admitted that it is a difficult because the NGC’s business is dependent mainly on buying gas from upstream producers like BPTT and Shell and selling gas to downstream users like Proman and Nutrien.

He told Guardian Media that while he has tried to re-negotiate contracts with the upstream companies, there have also been some challenges with them wanting things in return that were outside of NGC’s remit.

“There have been but other matters that they want negotiated that were outside of the NGC remit, so, for example, things that are being handled at the level of the Government and things government meet on an ongoing basis to discuss, those issues are being dealt with at that level, but on the NGC side, I think we are doing the best we can and I believe we have reached the stage where whatever we would have gained, I think we are at that stage of this is what it is,” Enill lamented.

He added: “Well, we have been looking at the situation. What we have seen is the global price issue is affecting everybody and companies are taking global positions as a result of that. “Nobody is looking at Trinidad, everybody is looking globally as to where they can go and unfortunately in most of the jurisdictions, the prices are bad and so companies are looking at this point in time to plant maintenance to do and reduction in activity until such time they have a clearer view as to what the future holds and that is the same for everybody.”

Proman also said yesterday it is looking to unlock substantial planned investment in the form of plant turnarounds.

The company noted: “Given the turbulence in global oil and commodity prices and the importance of the energy sector to the national economy, collaboration across the whole value chain will be vital to weather this crisis, and ensure the continued contribution of Point Lisas during this critical period for our country.”

It said globally, the impact of COVID-19 has resulted in a significant decline in both demand and pricing for petrochemical products and it does not expect its decision to shut a plant to have any immediate impact on its employee headcount.

Enill also insisted that unless there is a rebalancing in global prices, he does not see a way forward at current prices and companies will have to take action to do work on their plants and wait it out.

Asked if this would not significantly hurt the NGC and if it will lead to it going to Government for a bailout, Enill said the company had enough cash on hand at this point in time.

“But absolutely, it is also a hit on everybody else’s bottom line so NGC is operating inside of that sector and so yes NGC is going to be affected by commodity prices and the returns it can get from the business itself. Absolutely! I think the group and the basis of the group consolidations and group efforts, we are going to be able for some time to still continue to operate and manage the resources without having to go to the Government, any of those things yet.”

Energy agreement with Guyana to open pathway for TT companies –...