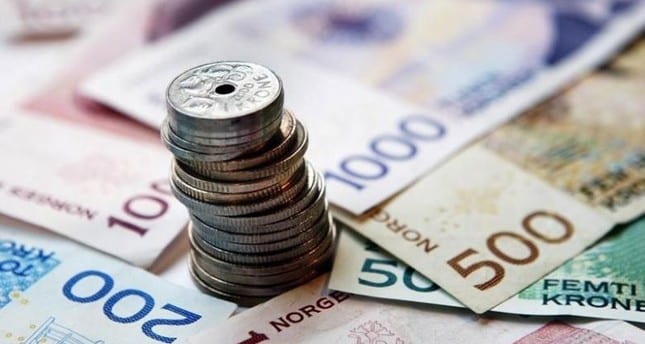 (Bloomberg) Asset management in the Nordic region is dominated by Norway’s $1 trillion sovereign wealth fund, which last week said it wants to exit all its oil and gas stocks.

Bloomberg spoke with institutional investing heads who help manage a total of $630 billion, to hear their reactions. Here’s what they said:

Norway’s wealth fund “is clearly indicating that this is a completely new ball game,” said Sasja Beslik, head of group sustainable finance, which is part of an asset management unit at Nordea Bank AB that oversees about $250 billion. “This is a seminal moment” and it “hasn’t got enough media attention.”

The chief executive officer of Storebrand Asset Management, Jan Erik Saugestad, says an exit by Norway’s wealth fund “will place greater responsibility on the rest of the investment community.” Storebrand manages over $80 billion in assets.

The proposal by Norway’s wealth fund still needs government support and may even have to go through parliament. The fund says it wants to invest oil-rich Norway’s wealth in a way that doesn’t skew the country’s exposure to the fossil fuel. The key takeaway is that such a huge investor thinks that getting out of oil and gas makes financial sense.

“This is a revolutionary thing,” Beslik at Nordea said. “They’re setting the bar for so many other institutional investors, not just in the Nordic region but around the world.” He estimates that in about 10 years from now, oil and gas will shrink to about a third their current presence in most portfolios. The assets will also “diminish substantially” in global stock indexes, he said.

To be sure, it’s a development that’s already under way.

“The energy sector hasn’t been particularly interesting this year as an investment,” said Annika Ekman, head of direct equity investments at Ilmarinen Mutual Pension Insurance Co. “Globally, it’s also been one of the weakest performers this year.”

At the Second Swedish National Pension Fund, which also has around $40 billion under management, about 80 companies have been dropped since 2013 because of “climate-related financial risks,” according to an emailed response.

Ilmarinen, which oversees about $46 billion in assets, tries to assess “certain mega trends,” Ekman said. In the energy sector, that analysis points to renewables.

Sweden’s AP4 fund applies “de-carbonization strategies to our global index portfolio,” Fransson said. “This means that we actively adjust our exposure to overweight low CO2 emitters and underweight large emitters of CO2.” He says “climate related risks will be a driver of long-term returns.”

ATP, Denmark’s biggest pension fund with about $120 billion in assets under management, has no significant coal exposure, but hasn’t formally excluded it from its investment universe. Crude oil derivatives are still a part of the commodities exposure, but because of its factor-based approach, “these are included as input inflation exposure in the inflation risk factor in ATP’s investment portfolio,” the fund said.

“We obviously ensure that all our investments are fully compliant with our ESG-policies, UN Global Compact, PRI and other conventions and of course all legal requirements,” ATP spokesman Stephan Ghisler-Solvang said by email. “Within this framework, our main goal is to optimize our return, that makes the most financial sense.”

At Varma, which is Finland’s biggest private-sector pension fund overseeing about $53 billion in assets, management is watching signals from Norway’s wealth fund closely, according to Hanna Kaskela, director of responsible investment at the Helsinki-based fund.

But she says an exit isn’t as straightforward as it might seem. “The long-term impact will depend on how and when this is carried out in practice,” she said.

“Moving away from the fossil economy isn’t just about oil,” Kaskela said. “Things aren’t always as simple as they first seem. This will have implications on logistics too, and for instance, on how to replace oil-based plastics in food packaging and other industries.”

Even so, Varma’s climate policy means that oil and gas stocks are “not a significant investment for us,” she said.