OilNOWLatest News and Information from the Oil and Gas sector in Guyana
More
FeaturedNewsRegional
Updated: August 9, 2019 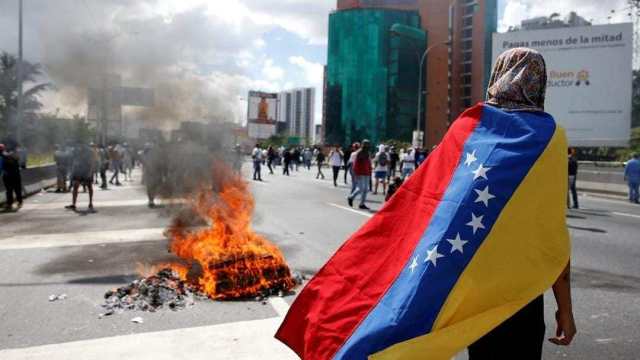 (Bloomberg) – The last major U.S. oil producer in Venezuela is warning that developments in the crisis-torn South American nation could hurt its earnings.

“Future events related to the company’s activities in Venezuela may result in significant impacts on the company’s results of operation in future periods,” Chevron Corp. said Wednesday in its latest 10-Q filing with the U.S. Securities and Exchange Commission.

The language has evolved from the company’s previous quarterly filing, when it said developments in the country could lead to “increased business disruption and volatility in the associated financial results.”

Chevron puts the carrying value of its investments in the country at about $2.7 billion. It recognized $21 million in losses from its share of net income from Venezuelan equity affiliates in the first half of the year.

Last month the company won a reprieve from the U.S. government sanctions, securing a 90-day waiver from the U.S. Treasury Department that allows it to continue operating in Venezuela (as did four American oil service companies). But most other government agencies involved in the deliberations opposed any extension, and it’s unclear whether Chevron will get another waiver once the current one expires.

Chevron said last week that second-quarter net production of synthetic oil from its Venezuela affiliate was zero, compared with 24,000 bpd a year earlier. Net oil equivalent production in Venezuela during the quarter averaged 34,000 bpd, according to Wednesday’s filing.