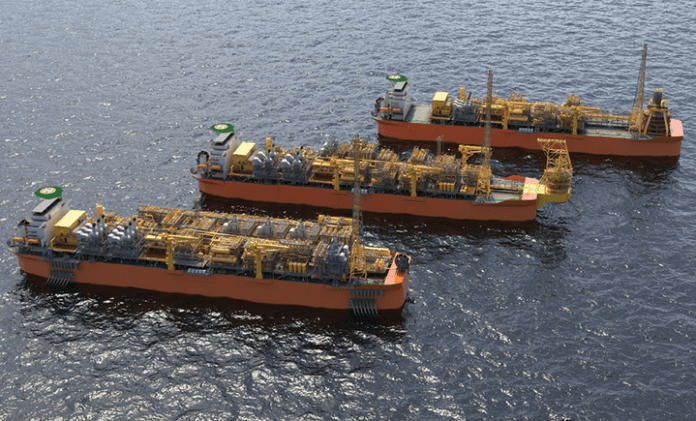 The Dutch floater specialist said on Thursday the Liza Unity hull, the first project under its Fast4Ward® programme, left dry dock in the yard of Shanghai Waigaoqiao Shipbuilding and Offshore Co., Ltd. (SWS) on June 8. The docking of the ship marks the realization of this universal original ship type from the concept, and also indicates that the development, design and construction of the world FPSO field has entered a new era.

SBM said progress is being made on the second hull in the yard of China Merchants Industry Holdings (CMIH). This hull is allocated to the FPSO Mero 2 while construction on the third hull recently started at SWS. “SBM Offshore is confident that this hull will be allocated to an identified opportunity,” the company said in its Q2 earnings report.

The Fast4Ward® FPSO includes a versatile new hull and a range of upper module and mooring system solutions that reduce construction time and cost and are fully responsive to the localization requirements of the owner. The Fast4Ward® FPSO hull design also considers the possibility of installing a detachable propulsion system, such as mass-building the general-purpose hull, which significantly reduces towing costs. Compared with the traditional FPSO, the ship’s hull is widely used and adaptable, and its production cycle can be shortened by 6 to 12 months.

The Liza Unity will be the largest capacity FPSO SBM has ever delivered, at the same time following an accelerated time schedule.