OilNOWLatest News and Information from the Oil and Gas sector in Guyana
More
FeaturedNews
Updated: June 10, 2019 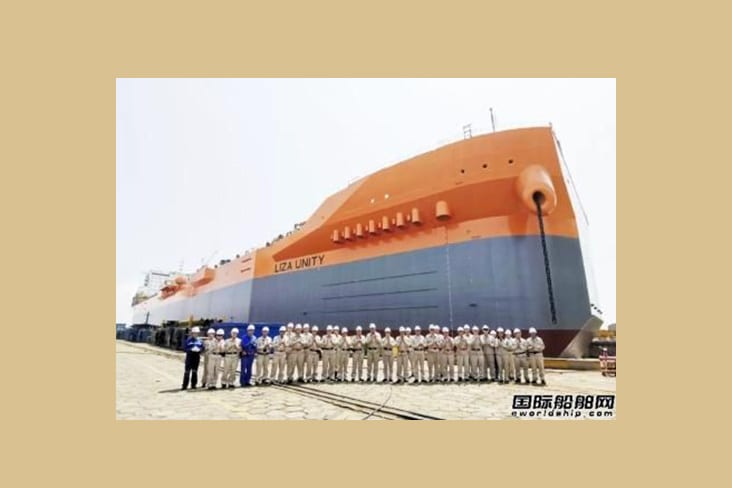 On June 8, the Liza Unity, built by Waigaoqiao Shipbuilding, was successfully unloaded 27 days earlier than originally planned. The docking of the ship marks the realization of this universal original ship type from the concept, and also indicates that the development, design and construction of the world FPSO field has entered a new era.

The FAST4WARD FPSO includes a versatile new hull and a range of upper module and mooring system solutions that reduce construction time and cost, and are fully responsive to the localization requirements of the owner. The FAST4WARD FPSO hull design also considers the possibility of installing a detachable propulsion system, such as mass-building the general-purpose hull, which significantly reduces towing costs. Compared with the traditional FPSO, the ship’s hull is widely used and adaptable, and its production cycle can be shortened by 6 to 12 months.

Bruno Chabas, CEO of SBM Offshore, said in May with the award of the second FPSO – Liza Unity, “SBM Offshore’s Fast4WardTM philosophy has moved from plan to reality, with the first standard hull now allocated.”

In addition to its oil production capacity, the Liza Unity will have associated gas treatment capacity of 400 million cubic feet per day and water injection capacity of 250,000 barrels per day. The FPSO will be spread moored in water depth of about 1,600 meters and will be able to store around 2 million barrels of crude oil. Production start-up for the Liza Phase 2 Development is expected by mid-2022.

The Liza Unity will be the largest capacity FPSO SBM Offshore has ever delivered.