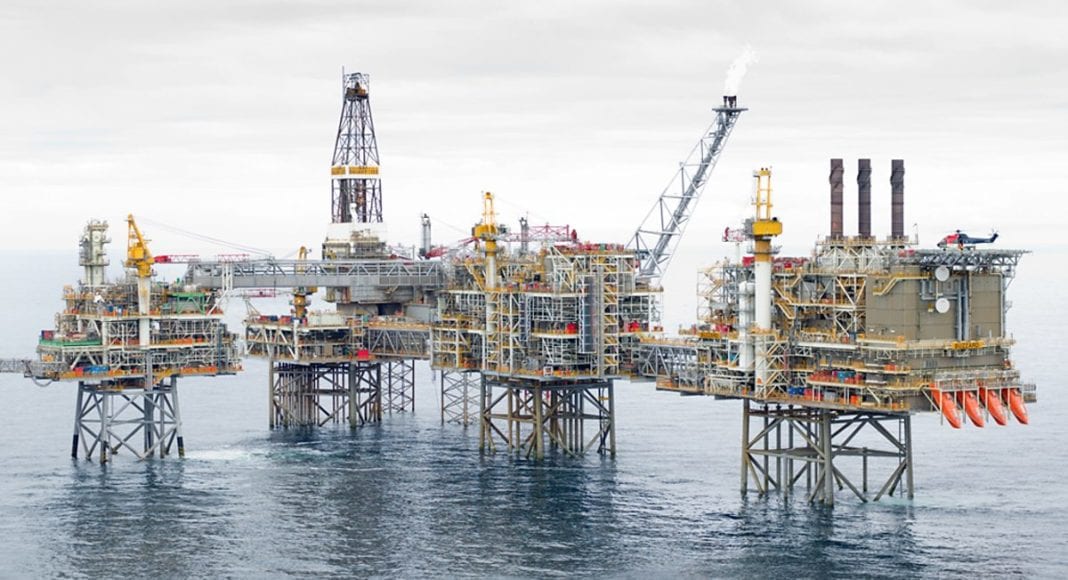 Following the publication of the upstream industry’s first quarter results, a Rystad Energy analysis reveals a gloomier investment-budget picture than previously thought. Global spending is now forecasted to reach $383 billion this year, the lowest level in 15 years and a staggering 29% decrease of $156 billion compared to 2019.

With 2019’s upstream investments calculated at $539 billion, the decline is set to bring annual investment to a level lower than that of the previous downturn. Spending is also expected to be largely flat in 2021, landing only marginally higher than 2020 at $386 billion.

In report on Thursday, Rystad Energy said before the Covid-19 pandemic it expected total upstream investment would maintain last year’s levels, both in 2020 and 2021.

“We expect shale and tight oil investments will take the biggest hit, now forecast to fall by 52.2% y/y to $67.3 billion. Oil sands investments will follow, with a decline of 44% to $5.1 billion,” the report said.

Other onshore investments are forecast to fall by 23.4% to $182.4 billion this year.

The sector which will be least affected in terms of deflated investment is offshore. Offshore deepwater spending is estimated to fall by 15.6% to $69 billion this year, while offshore shelf will lose about 14%, landing at $59.5 billion.

“As the impact will be more severe than in the previous downturn, companies are fiercely defending shareholder value and pivoting towards more conservative spending strategies in the near-term. As the global upstream sector contends with low prices, falling demand, and fluctuating exchange rates, every dollar cut will strike directly to the bone,” Rystad Energy’s upstream analyst Olga Savenkova, is quoted as saying in the report. 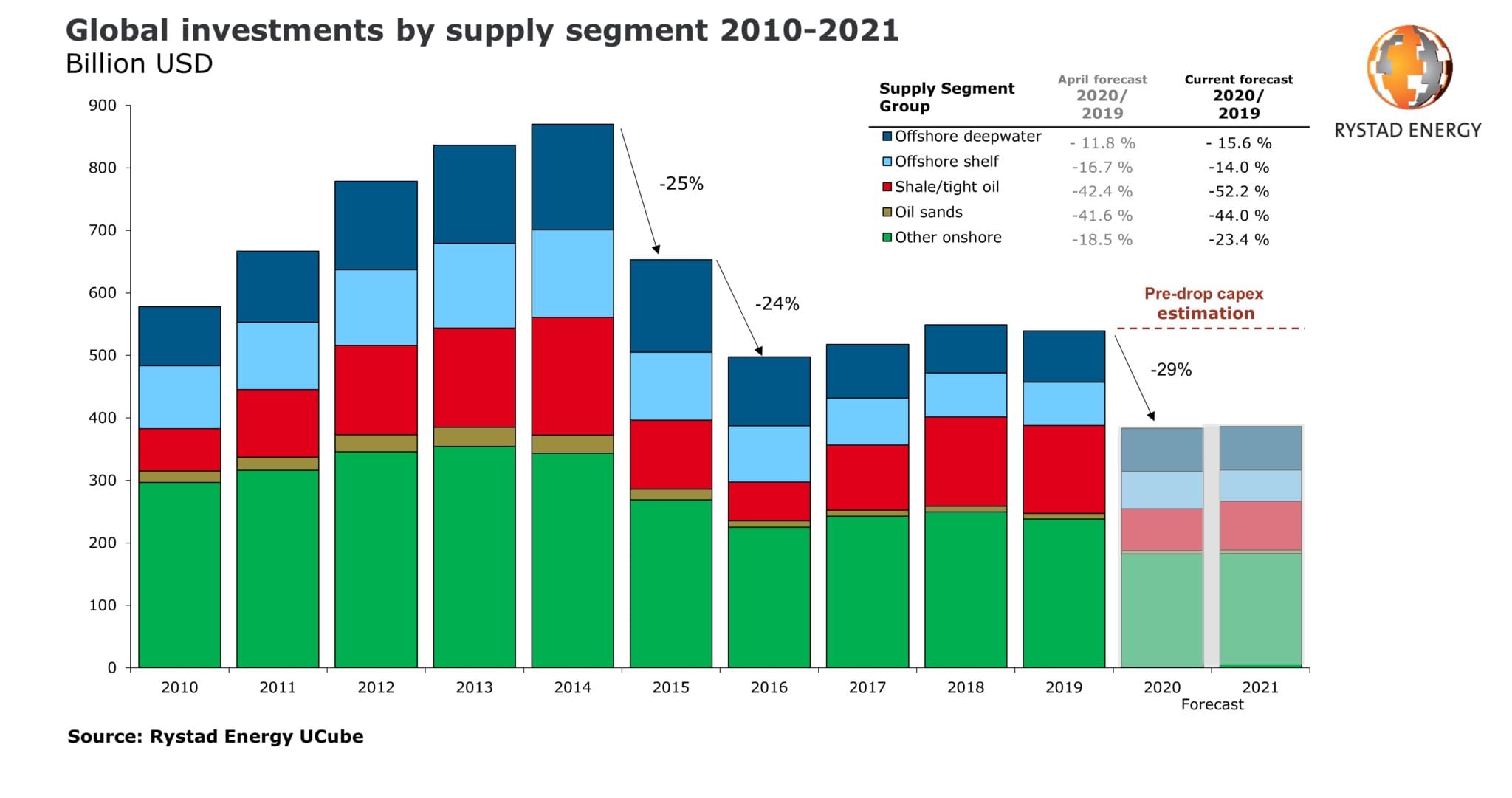 In the beginning of the crisis, it was assumed that global upstream spending would fall by around 15% to 20% in 2020 – around $80 billion to $100 billion below total investments in 2019 – as operator budgets were already quite lean after the previous market downturn. But, in this new price reality, it appears that operators were forced to cut even deeper.

In terms of percentages, the drop in investment is comparable to 2014–2015. However, this time around, industry spending is falling from a lower mountain to a deeper valley, which will very quickly affect industry performance, even in a short term.

According to the Rystad Energy report, in 2014-2015, the 27% fall in spending did not significantly impact production performance as companies were able to adapt and streamline. On the contrary, within all supply segments some players even managed to increase y/y production. Virtually no production was shut-in, even at the facilities with the highest breakeven prices, as the costs associated with shuttering production were too high. Spending cuts were mainly delivered through lower supply chain costs and by cutting out unnecessary expenses.

However, the industry’s ability to keep high costs per barrel is now being put to the test, with almost all supply segments cutting production in 2020. In the longer-term, reduced brownfield capex will make it more challenging to maintain existing production, while reduced greenfield capital spending will make it difficult to replace declines with new production coming on stream. These two factors could impact the stability of the global liquids supply in the future, changing the industry landscape for good.

“Our research indicates that about 125 E&P’s have thus far communicated spending cuts, amounting to a reduction of $100 billion in 2020. National Oil Companies (NOCs) are the largest contributors to the global reduction, decreasing spending by $32 billion. Most shale operators have revised their capital guidance range as well,” the report stated.

Although NOCs would not normally be expected to make such drastic cuts, Rystad Energy said the $25 per barrel of oil equivalent (boe) environment has ushered in a new reality, where even the most reliable companies are tightening their belts and embracing deeper cuts. Importantly, first quarter reports also revealed that almost all majors are seeing production decline as an inevitable part of survival, choosing to optimize cash flows and provide sustainable dividends.

“Companies are now highly risk-averse, with finances and operational performance under intense pressure. Nevertheless, E&Ps will need to prepare for opportunities and threats that may await them once the crisis is past. Their future success depends on how prudent they are in adapting new strategies, taking advantage of emerging opportunities and mitigating risks,” Savenkova added.

Rystad Analyst: “We need to incentivize people to come and invest’