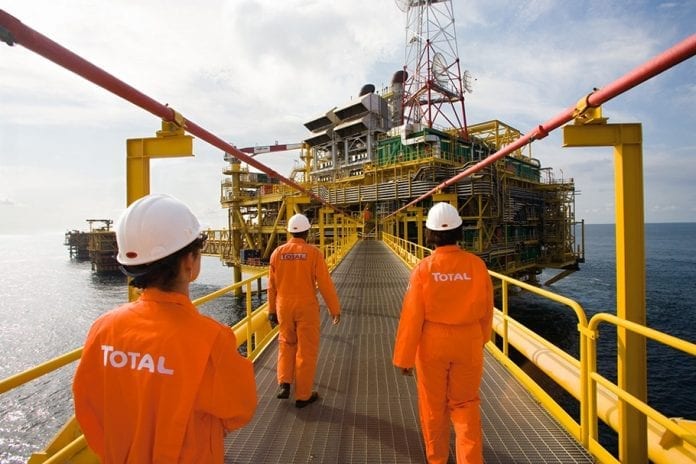 Total is launching its biggest exploration campaign for years in 2019 as part of a turnaround plan that is ditching the company’s focus on risky long-shots in favour of areas known to contain commercial levels of oil or gas.

While the company declined to say how many wells it drilled in 2018, McLachlan said 2019 would be Total’s largest programme in years. The 23 wells planned represent about a trebling of the levels of 2017 and 2016, and is higher even than the 20 drilled in 2013, before the oil price crash.

The company’s new game plan is to concentrate efforts on emerging and mature basins, which offer a greater chance of exploration success. It is moving away from its higher-risk, higher-reward strategy of targeting “frontier” areas that have not been commercially exploited, an approach which yielded scant rewards and saw outlier Total fall behind rivals.

As a result the proportion of its exploration capital the African-focused company is spending on frontier areas has dropped to 15 percent, from 40 percent five years ago. “We were spending a lot of money in frontier,” said McLachlan, a Canadian geophysicist who joined Total in 2015 to lead the five-year revamp of its exploration strategy. “Now we want balance.”

Most of the wells it aims to drill this year will target known giant fields, he added.

Total has broken ranks with some rivals in recent years and largely ignored the rush to U.S. shale. It is looking to eke out conventional resources, particularly in Africa where it has the biggest industry presence. The strategy carries risks though, and has left the company exposed to the kind of political instability that has deterred others.

McLachlan said Total’s exploration budget would remain broadly in line with 2018, when it was $1.2 billion, and 2017, when it was $1.1 billion. That is still less than half the level of 2014, when the price crash forced all majors to cut spending.

LAGGING IN DISCOVERIES
Appraisals of discoveries in 2018 could offer signs that Total’s shift in exploration strategy is paying off.

The company announced a 1 trillion cubic feet gas discovery off Shetland in the North Sea last year. Appraisals are ongoing for the Ballymore discovery in the Gulf of Mexico with Chevron , and Calypso in Cyprus with Eni.

A major discovery in 2019 could cement the turnaround after a drought between 2009 and 2014 when it spent billions in exploration with little barrels to show for it, while rivals Eni Exxon Mobil and BP, racked up successes.

Yet there is still work to do in terms of converting exploration dollars into commercial success.

Energy consultancy Wood Mackenzie said Total had aggressively snapped up exploration blocks in 2017 and 2018, which took it to the top of the industry table with over 189,000 square km added since 2015 – around 70,000 higher than its nearest competitor.

“It is clearly behind ExxonMobil. Exxon’s success in Guyana marks them out as industry leader,” said Latham, adding that Eni’s Zohr gas discovery in Egypt was the next top find.

“Thereafter, it is competing well with the other majors, it has been involved in a string of multi-hundred million barrel big new finds, whereas in the previous four years it would have been one of the weaker or weakest of the majors.”

As part of its turnaround plan, Total has created five regional exploration hubs with a concentration of geoscientists, instead of teams spread out in 38 countries.

A new, central 10-person leadership team reviews and chooses projects, compared with decisions being made locally before, while people with exploration track records have been placed in executive positions for the first time.

S.AFRICA RESULTS EXPECTED ‘IN DAYS’
Like some competitors, including Exxon and BP, Total is looking to deepwater exploration at a time when technological advances – particularly in 3D digital seismic imaging – is aiding a comeback in that area following a decade when industry advances have been focused on onshore shale.

Of the 23 wells in Total’s drill programme this year, it has already started work at the deepwater Brulpadda field off South Africa. Two industry sources close to the project say the potential for a discovery is high and could signal a game-changer not only for Total, but also for the country.

“We are expecting the results in the coming days,” Total’s Chairman and Chief Executive Patrick Pouyanne said.

While Total has said the field could hold between 500 million to over 1 billion barrels of oil equivalent, one of its partner in the project is more upbeat.

“The outlook for finding hydrocarbons is extremely high. The question is whether it is gas or oil, and whether it is a good-quality reservoir,” Keith Hill, CEO of Africa Oil Corp , a minority stakeholder in the field, told Reuters, adding that the field could hold 1.5 to 3 billion barrels.

Other oil companies and South African authorities are likely to be watching closing.

“Any potential discovery will ultimately result in the attraction of other oil companies and the growing of the oil and exploration and production industry in South Africa,” said Viljoen Storm, acting chief executive of the country’s state-owned Petroleum Agency.