OilNOWLatest News and Information from the Oil and Gas sector in Guyana
More
FeaturedNews
Updated: May 3, 2019 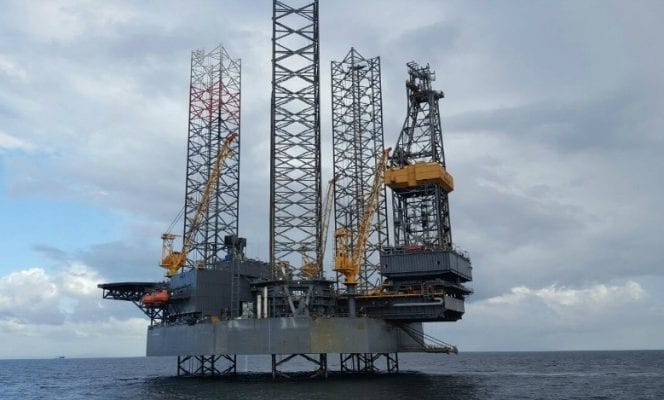 Director of the Department of Energy Dr Mark Bynoe said that the Government of Guyana has given its approval for the farm-in joint venture agreement between CGX Energy and Frontera Energy Corporation for exploration in the Corentyne and Demerara offshore blocks.

Speaking at a press conference on Friday May 3, 2019, Dr Bynoe said that CGX Energy plans to drill one well during 2019 using a jack up rig.

Frontera said in a press statement on Friday that it will be acquiring 33.333 percent share of the licence. A signing bonus of $33 million will be paid “by way of offset of $24.6 million of debt payable to Frontera by CGX plus a cash payment of US$8.7 million paid by Frontera to CGX.”

Frontera said it “has agreed to pay one-third of the applicable costs under the joint venture plus an additional 8.333% of CGX’s direct drilling costs for the initial exploratory commitment wells in the two blocks. CGX is the operator of the blocks.”

“As oil and gas begins to play a pivotal role in the transformation of The Cooperative Republic of Guyana, CGX is delighted to be positioned to claim its place in the development of Guyana and this exciting new industry,” Narine stated.

Richard Herbert, Chief Executive Officer of Frontera, said, “We are very excited to be moving forward with our joint venture partner CGX on this important project for both of our companies and for the people of The Cooperative Republic of Guyana. Given the strong track record of discoveries in the adjacent Stabroek block and our own technical studies of seismic and well data within the two blocks, we are very encouraged about the opportunity on both the Corentyne and Demerara Blocks. We look forward to moving into the drilling phase to test the potential of the two blocks in the coming months.”

CGX said in December 2018 that it had entered into a definitive rig agreement with ROWAN RIGS S.À R.L for the provision of rig services for the drilling of the Company’s Utakwaaka-1 well in its Corentyne block.