OilNOWLatest News and Information from the Oil and Gas sector in Guyana
More
FeaturedNews
Updated: May 4, 2019 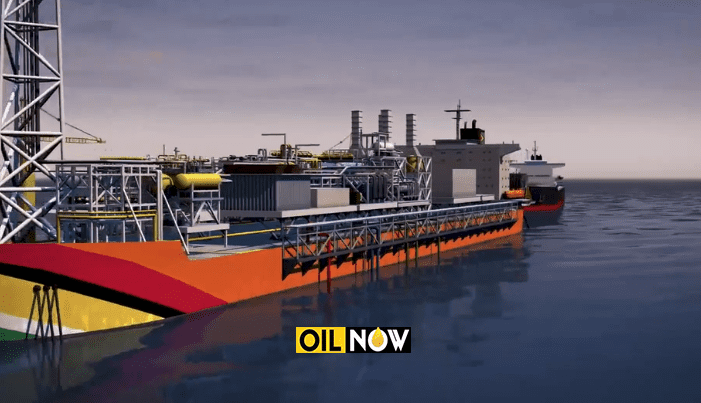 US oil major ExxonMobil announced on Friday it will be proceeding with its US$6 billion Liza Phase 2 Development project offshore the South American country of Guyana.

ExxonMobil’s announcement comes just after Director of Guyana’s Department of Energy, Dr. Mark Bynoe, told reporters at a press conference that approval of the Liza Phase 2 Field Development Plan was granted to ExxonMobil affiliate Esso Exploration and Production Guyana Limited (EEPGL). The EPA has also issued the company with an Environmental Permit to proceed with Phase 2 of the Liza Development.

“With the government of Guyana and our partners, ExxonMobil is bringing industry-leading upstream capabilities to build upon Phase 1 and further develop the shared value of Guyana’s resources,” said Liam Mallon, president of ExxonMobil Upstream Oil & Gas Company. “We are actively pursuing significant development potential from numerous discoveries in the Stabroek Block.”

Liza Phase 1 remains on track to achieve first oil by the first quarter of 2020. It will produce up to 120,000 barrels of oil per day at peak rates utilizing the Liza Destiny FPSO, which is expected to arrive offshore Guyana in the third quarter of 2019.

Pending government and regulatory approvals, a final investment decision is expected later this year for a third phase of development, Payara, which is expected to produce between 180,000 and 220,000 barrels per day with startup as early as 2023. ExxonMobil is evaluating additional development potential in other areas of the Stabroek Block, including at the Turbot area and Hammerhead.

Later in 2019, the Stena Carron will drill a second well at the Ranger discovery. The Noble Bob Douglas drillship is completing development drilling operations for Liza Phase 1. ExxonMobil will add another exploration drillship, the Noble Don Taylor, in the fourth quarter of 2019.

As the projects proceed, the partners’ investment in the Guyanese economy continues to increase. The number of Guyanese nationals supporting project activities more than doubled in 2018 to more than 1,000. ExxonMobil and its co-venturers spent nearly $60 million with more than 500 Guyanese vendors in 2018. More than 1,500 Guyanese companies are registered with the Centre for Local Business Development, which was founded by ExxonMobil and its co-venturers in 2017 with the mission of supporting local businesses to become globally competitive.

The Stabroek Block is 6.6 million acres, or 26,800 square kilometers. Current discovered recoverable resources are estimated at more than 5.5 billion barrels of oil equivalent. The 13 discoveries on the block to date have established the potential for at least five FPSO vessels producing more than 750,000 barrels of oil per day by 2025. ExxonMobil affiliate Esso Exploration and Production Guyana Limited is operator and holds 45 percent interest in the Stabroek Block. Hess Guyana Exploration Ltd. holds 30 percent interest and CNOOC Petroleum Guyana Limited, a wholly-owned subsidiary of CNOOC Limited, holds 25 percent interest.