OilNOWLatest News and Information from the Oil and Gas sector in Guyana
More
FeaturedNews
Updated: June 18, 2018

Guyana determined to move ahead with ICJ proceedings 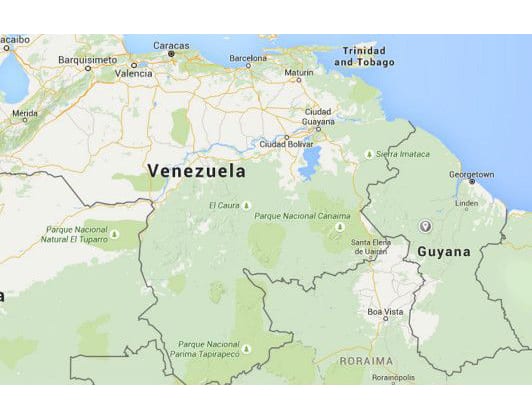 Guyana intends to forge ahead with proceedings filed at the International Court of Justice over a border controversy with neighbouring Venezuela despite a statement from that country’s government on Monday indicating that it will not take part in the process.

Guyana’s Ministry of Foreign said in a statement on Monday afternoon that Vice President and Minister of Foreign Affairs Honourable Carl Greenidge and Guyana’s Legal Counsel attended the meeting convened by the Honourable Abdulqawi Abdul Yusuf, President of the International Court of Justice on Monday June 18, 2018 to discuss with Guyana and Venezuela the scheduling of written pleadings in the case – the Arbitral Award of 3 October 1899 (Guyana v. Venezuela).

Subsequent to this meeting, Guyana noted the issuance of a press release by Venezuela stating that it would not be participating in the case, the Ministry of Foreign Affairs said.

Guyana observes that under Article 53 of the Statute of the Court, “whenever one of the parties does not appear before the Court, or fails to defend its case, the other Party may call upon the Court to decide in favour of its claim,” the Ministry pointed out, adding that Guyana intends to proceed in accordance with the said Article.

“Guyana is fully committed to the rule of law in international relations, including the peaceful resolution of disputes in conformity with international law. It trusts that the International Court of Justice, the judicial organ of the United Nations, will resolve the controversy with Venezuela in accordance with the law in a manner that is fair and equitable. It hopes that, in due course, Venezuela will reconsider its position and decide to appear in Court and defend its case. The Court’s rules allow for that. At the same time, if Venezuela persists in its refusal to participate, the rules provide for the Court to proceed, after a full hearing of the case, to a final judgment that is legally binding on both the participating and nonparticipating parties,” Guyana’s Ministry of Foreign Affairs further stated.

Guyana, the statement said, fully respects the decision of the Secretary-General of the United Nations to choose the International Court of Justice as the means of settlement of the controversy and is confident that the Court is fully empowered to decide the case.

Meanwhile, the country’s former Minister of Foreign Affairs, Dr. Henry Jeffrey, in an interview on Monday said he is of the view that, “The Government of Guyana will proceed to present their case and the ICJ will proceed to give a decision. The Venezuelans will obviously not recognize that decision that they say will not be binding upon them and I believe it will give Guyana something of a moral victory. Something it can always raise in any fora to demonstrate quite clearly that it has a case that the international system has looked at. This is, of course, assuming that Guyana gets a good result.”

In the communiqué issued by the Venezuelan Government, it also stated that its decision stemmed from the fact that historically, the country does not recognize the jurisdiction of international judicial bodies such as the ICJ.

The Venezuelan authorities also reiterated its preference for the UN Good Offices process, with a view to reaching a settlement which could satisfy both parties.

But Dr. Jeffrey believes that the Good Offices’ process has outlived its usefulness, a position the Guyana government itself holds firmly to.

Dr. Jeffrey said, “Guyana has gone past that stage in terms of the border and the border dispute and therefore I don’t think that Guyana can really now go back to that process. That does not mean however that Guyana and Venezuela should not continue to talk. It is not only about border issues. We are neighbours and therefore we should maintain good friendly relations.”

The move to the ICJ follows the decision of UN Secretary-General, Antonio Guterres, to choose the Court as the means for resolving this controversy. On January 30 the new Secretary-General, Antonio Guterres, decided that the Good Offices Process had come to an end, and that the Court should now settle the controversy by means of a final and binding decision.

Guyana remains confident that the ICJ will rule that the 1899 award that effectively delimited the border – and which Venezuela accepted up until 1966 – is valid.