OilNOWLatest News and Information from the Oil and Gas sector in Guyana
More
FeaturedNewsRegional
Updated: October 20, 2022

Guyana engaging Facebook for removal of false maps, information about its border with Venezuela 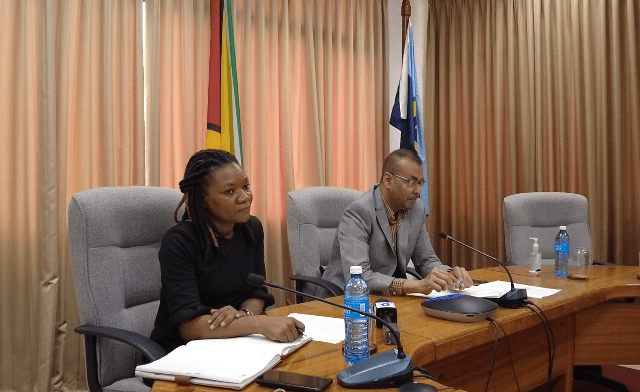 Representatives of the government of Guyana on October 19 met with senior personnel from popular social media platform, Facebook, the state information arm said. The parties, in a virtual meeting, discussed the removal of illegal maps and false narratives being peddled on the mentioned social media platform, regarding Guyana’s border with Venezuela.

On the government side, the meeting with Facebook was attended by Foreign Secretary Robert Persaud with support from the Head of the Frontier Unit, Donette Streete.

Persaud told the representatives that the Guyana government is concerned about the spread of disinformation since the matter is currently before the International Court of Justice (ICJ).

Going forward, the Foreign Secretary is expected to have a follow up discussion with the social media platforms on ongoing efforts to have Guyana’s concerns addressed.

The Foreign Secretary had cause to write to the social media companies after a campaign of disinformation was being waged against Guyana by several social media accounts that are proponents of Venezuela’s claim for Guyana’s territory. They shared a map which purports the Essequibo region to be Venezuela’s territory. Several Facebook accounts have been created with the sole aim of perpetuating disinformation of the Guyana-Venezuela border controversy. Users have reported the ill-informed content as well as its pages, but many still remain on the platforms.

Venezuela has ramped up its claims for Guyana’s Essequibo region in recent years as oil discoveries by ExxonMobil in the prolific Stabroek Block continue to increase. Guyana approached the ICJ in 2018 asking it to rule on the validity of the 1899 pact which settled the land border between the two countries.