OilNOWLatest News and Information from the Oil and Gas sector in Guyana
More
FeaturedNews
Updated: June 15, 2021 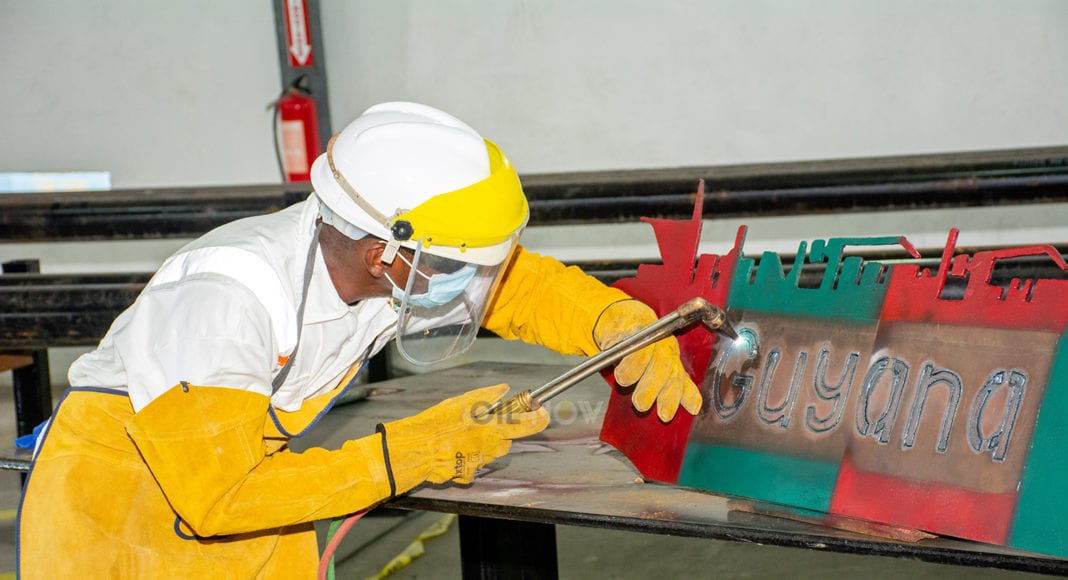 Guyanese businesses have been playing an increasing role in the offshore exploration and production activities with more services being provided directly from local suppliers now than what previously obtained following the 2015 Liza discovery.

This is a direct result of the increased capacity of facilities such as the main shore base servicing the offshore operations and the work being done at other sites such as the recently commissioned Saipem construction yard. Additionally, the offshore activities are being supported by a growing number of local suppliers including those in transportation, accommodation, catering, brokerage, fabrication services, among others.

The Guyana government is increasingly concerned about local businesses being given the opportunity to participate in the sector and have urged oil companies to make this a key priority. The government is also keen on ensuring that development of the multi-billion-barrel hydrocarbon resources moves forward so that it can advance its national development agenda.

“These projects are Guyanese projects developing Guyana’s resource,” said Alistair Routledge, President of ExxonMobil Guyana. “We’ve made tremendous progress in that respect. To date, over 600 local businesses are supporting the operation here in Guyana.”

Routledge was speaking at the time at the dedication ceremony for the Liza Unity FPSO, the country’s second oil production vessel, held on Saturday in Georgetown.

“We have spent over 85 billion Guyanese dollars with those businesses since 2015,” he pointed out. “In the first quarter of this year alone, we spent 8 billion dollars.”

This support has gone beyond attracting, onboarding and training more locals in the workforce and includes partnering with institutions that are essential to the development of the future talent in the country.

The oil major also opened and a local content development centre back in 2017 which has been particularly successful in helping to build local capacity. Routledge said the centre has been playing a critical role in ensuring that businesses and entrepreneurs have the help they need to work in the industry and become globally competitive.