If Brent crude price continues to hover around US$85 a barrel, Guyana could comfortably get US$150M for its last two oil lifts this year says Natural Resources Minister, Vickram Bharrat.

During an exclusive interview with OilNOW, the official recalled that Guyana’s fourth oil lift was awarded to Aramco Trading Limited (ATL) late September while adding that another lift of one million barrels of sweet Liza crude is scheduled for November.

Mr. Bharrat said, “Soon we will receive payment for the last lift we had with Aramco Trading Limited, and we have another next month. Based on oil prices now which is between US$84 to US$85, if it remains, …then we can comfortably get US$150M between the two lifts.”

He added, “With this projection, we are definitely closing the year with almost US$600M in the Natural Resource Fund (NRF) and then you add royalties to that, and it is even more possible and this is from Liza Destiny alone.”

He alluded that the government is truly pleased with the performance of the sector in the midst of the COVID-19 pandemic while adding that one can already imagine the wealth to come when ExxonMobil’s other projects, namely Liza Phase Two and Payara, come on stream.

To date, there has been no investment mandate for the NRF account which is held at the Federal Reserve Bank of New York since the government has publicly disclosed its intentions to let the funds remain untouched until a series of reforms are enacted.

Since its inception, the Fund has received US$436M from the sale of profit oil and over US$47M in royalties. 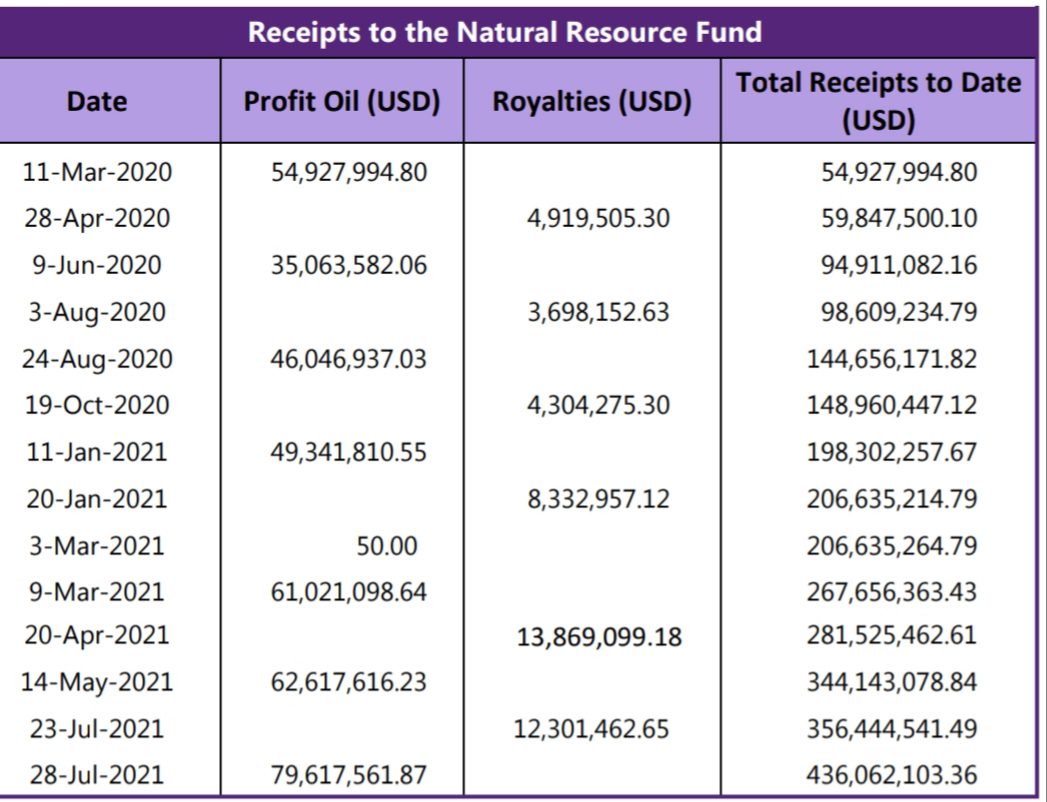