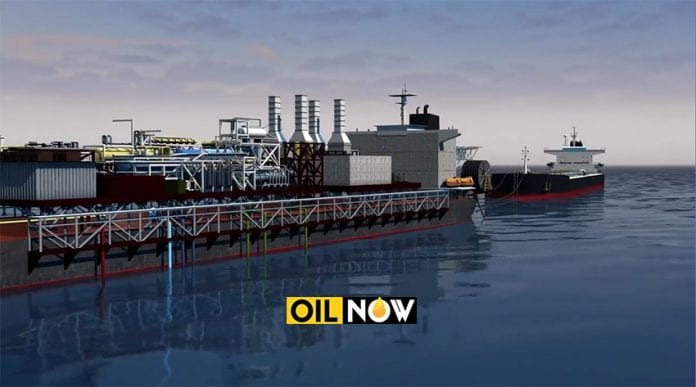 Ahead of Kuwait, Saudi Arabia, Brunei and Norway, the South American nation of Guyana, with a projected output of 700,000 barrels per day among just 770,000 people, is set to be the world’s largest oil producing country per person in the 2020s, The National said in a report on October 8.

Although adjacent to Venezuela, Guyana has been better known for sugarcane, and cricketers such as Clive Lloyd, Lance Gibbs and Shivnarine Chanderpaul, than oil. But after first striking oil at Liza in 2015, ExxonMobil and partners Hess and China National Offshore Oil Corporation have went on to make a total of 9 discoveries in deep offshore waters, with production due to start in 2020.

Other companies, including Spain’s Repsol and African-focused explorer Tullow, are also looking. And the trend may extend into the former Dutch colony of Suriname to the east. Beyond Suriname is the overseas French department of French Guiana, where Tullow found oil in 2011 although follow-up exploration has been disappointing.

Guyana is one of the few major new conventional oil provinces discovered this century, along with the Kurdistan region of Iraq (which has subsequently disappointed) and India’s Rajasthan in 2004, Brazil’s “pre-salt” and Uganda in 2006, Ghana in 2007 and perhaps Senegal in 2014. After just four years of exploration drilling, Guyana is already set to be the biggest of these after Brazil. Estimated production costs of $46 per barrel are well below current oil prices, and competitive with shale or other leading deep-water areas.

Unlike the US’ mostly very light shale oil, Guyana’s is a medium-light crude closer to major Middle East grades. Likely to be rich in diesel when refined, it helps fill a hole in the world’s crude diet.

Finding new conventional oil is important for the global industry. Companies such as Shell, Total and Eni have increasingly shifted to gas, which has proved much easier to discover in quantity, while BP and their American peers, ExxonMobil, Chevron and ConocoPhillips, have focused on US shale. Both the International Energy Agency and OPEC warn of under-investment and a coming oil crunch, but the major oil reserves in OPEC countries and Russia are mostly closed off to international firms by government policy, insecurity and sanctions.

If the discoveries are significant for the world, they will be transformational for Guyana. Gross oil revenues of some $13 billion annually by the mid-2020s, or about $17,000 per inhabitant, contrast to its 2016 GDP of just $3.4bn. Only some 14 per cent of this will come to the government for the first two to three years while costs are paid off, but this is still an enormous bonanza.

But, like other new oil states, Guyana has to manage the perils of a sudden influx of wealth. It has good advice, as a member of the New Producers Group, an initiative of UK think tank Chatham House, the Natural Resource Governance Institute, and the Commonwealth, which brings together experts, politicians, government and civil society from a number of newly-established oil- and gas-producing countries.

These problems are well known but not so easy to solve. Government faces the risks of corruption, nepotism and patronage; a weakening of democracy; over-spending and vulnerability to falls in oil prices; and a lack of capability to manage oil operations and tax collection. The economy is threatened by conflicts over fiscal terms with the oil companies; the temptation to introduce wasteful energy subsidies; inflation and currency over-appreciation; and a loss of competitiveness from the non-oil sector. And the local population confronts unrealistic expectations of sudden wealth; an influx of outsiders; and environmental damage.

These issues are particularly salient for Guyana, a relatively small and poor country with quite high levels of corruption. It also neighbours troubled Venezuela, which has claimed two-thirds of its territory. Some Guyanese worry that the valuable work of oil services and contracting, a way to develop the domestic economy and skills, will be mostly supplied by next-door Trinidad and Tobago, which has a long-standing petroleum industry. The large gas resources found along with the oil also have to be used responsibly.

Much has been learned about potential solutions over the past two decades, though they come with their own conundrums. A sovereign wealth fund, like the Abu Dhabi Investment Authority or Norway’s oil fund, avoids a too-sudden influx of money; stabilises the government budget against oil price volatility; and saves for future generations. A robust political process and rules are needed to ensure the fund is not raided or diverted for pet projects.

A national oil company (NOC) helps build skills and strengthen the management of the sector. But it should not become a vehicle for handing out jobs to cronies or politicised meddling in the industry. Experienced lawyers, accountants, geologists and others are needed to staff a NOC and a petroleum regulator, and cannot be spread too thinly.

It is essential to educate the government machinery, media and civil society, so they understand how much money is coming in, and have a voice in how it is used. Bodies such as the Extractive Industries Transparency Initiative (EITI) report on oil revenues and their allocation.

Guyanese are fortunate to have contrasting examples next door in Venezuela of how a mismanaged oil sector can ruin a country; and Trinidad, where petroleum has generally been positive for the country.

International help and goodwill will hopefully ensure their oil is a bonus not just for the world economy but for the people. (The National)