OilNOWLatest News and Information from the Oil and Gas sector in Guyana
More
FeaturedNews
Updated: July 18, 2019 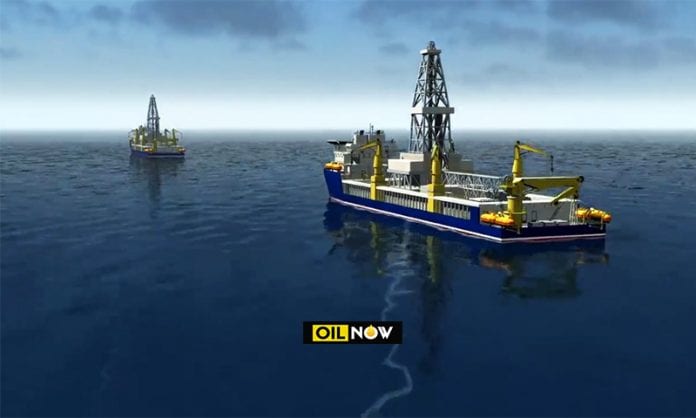 Chairman and Chief Analyst at Wood Mackenzie, Simon Flowers says a giant oil supply gap is looming. If, as is expected, oil demand peaks at 110 million b/d in 2036, the inexorable decline of fields in production or under development today creates a yawning gap of 50 million b/d by the end of that decade.

An additional 12 million b/d, or 24%, will come from fields already in production or under development. These additional reserves are typically the lowest risk and among the lowest cost, readily tied-in to export infrastructure already in place. Around 90% of these future volumes break even below US$60 per barrel.

These fields include giant reservoirs found by ExxonMobil off the coast of Guyana in the last three and a half years. The first to be developed is the Liza field where Phase 1 production will get underway by start of 2020.

Paton says they will bring another 12 million b/d to the party. That’s up on last year by 1.5 million b/d, reflecting the industry’s success in beefing up the hopper. Nearly all the increase is from the Permian Basin. Tight oil plays in North America now account for over two-thirds of the pre-FID cost curve, though extraction costs increase over time. Conventional oil plays are a smaller part of the pre-FID wedge at 4 million b/d. Brazil deep water is amongst the lowest cost resource anywhere, with break-evens eclipsing the best tight oil plays. Certain mature areas like the North Sea have succeeded in getting lower down the cost curve although volumes are small. Guyana, an emerging low-cost producer, shows how new conventional basins can change the curve.

These existing discoveries could deliver 11 million b/d, or 22%, of future supply. This cohort forms the next generation of pre-FID developments, but each must overcome challenges to achieve commerciality.

“We calculate new discoveries bring in 16 million b/d, the biggest share and almost one-third of future supply. The number is based on empirical analysis of past discovery rates, future assumptions for exploration spend and prospectivity,” Paton says.

In addition to the already discovered 5.5+ billion barrels of oil in Guyana, around 30 leads remain on the prolific Stabroek Block and exploration has started to ramp up by other companies in separate blocks, such as Tullow, now drilling the Jethro-Lobe prospect at Orinduik.

Can yet-to-find deliver this much oil at reasonable cost? Paton says it looks more realistic today than in the recent past. Liquids reserves discovered that are potentially commercial was around 5 billion barrels in 2017 and again in 2018, close to the late 2030s ‘ask’. “Moreover, exploration is creating value again, and we have argued consistently that more companies should be doing it,” he pointed out.

But at the same time, it’s the high-risk option, and usually last in the merit order – exploration is the final top-up to meet demand, he said. There’s a danger that new discoveries – higher cost ones at least – are squeezed out if demand’s not there or new, lower-cost supplies emerge. Tight oil’s rapid growth has disrupted the commercialisation of conventional discoveries this decade and is re-shaping future resource capture strategies.

To sustain portfolios, many companies have shifted away from exclusively relying on exploration to emphasising lower risk opportunities. These mostly revolve around commercialising existing reserves on the books, whether improving recovery rates from fields currently in production (reserves growth) or undeveloped discoveries (contingent resource).

Emerging technology may pose a greater threat to exploration in the future. Evolving technology has always played a central role in boosting expected reserves from known fields. What’s different in 2019 is that the industry is on the cusp of what might be a technological revolution. Advanced seismic imaging, data analytics, machine learning and artificial intelligence, the cloud and supercomputing will shine a light into sub-surface’s dark corners.

“Combining these and other new applications to enhance recovery beyond tried-and-tested means could unlock more reserves from existing discoveries – and more quickly than we assume,” Paton says.

Equinor is now aspiring to 60% from its operated fields in Norway. Volume-wise, most upside may be in the giant, older, onshore accumulations with low recovery factors (think ExxonMobil and Chevron’s latest Permian upgrades). In contrast, 21st century deepwater projects tend to start with high recovery factors.

If global recovery rates could be increased by a percentage or two from the average of around 30%, reserves growth might contribute another 5 to 6 million b/d in the 2030s. It’s just a scenario, and perhaps makes sweeping assumptions. But it’s one that should keep conventional explorers disciplined and focused only on the best new prospects.