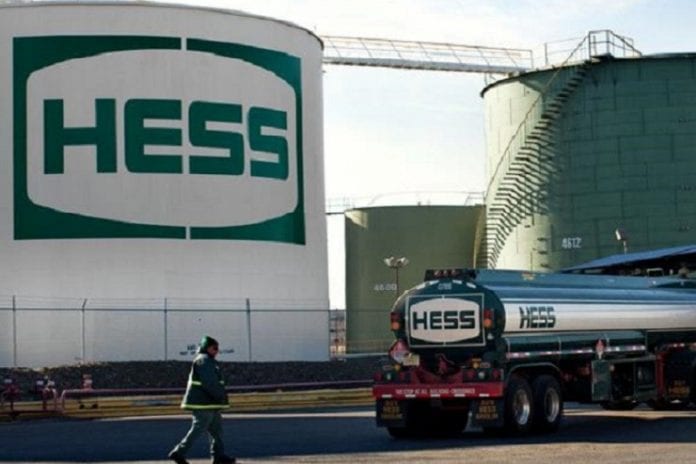 “We delivered strong operational performance in the quarter – exceeding our production guidance – and further focused our portfolio with the sale of our joint venture interests in the Utica,” Chief Executive Officer John Hess said.

“In June, we announced another significant oil discovery at Longtail, offshore Guyana, and in July we increased the estimate of gross discovered recoverable resources for the Stabroek Block to more than 4 billion barrels of oil equivalent,” he added.

Hess has a 30 percent stake in the Stabroek Block offshore Guyana where more than 4 billion barrels of recoverable oil has been found, with potential for more discoveries. The company has been focusing intensely on its Guyana assets, where oil production is set to get underway by 2020, followed by multiple new developments that are expected to push production to 750,000 barrels of oil per day by 2025.

Excluding items affecting comparability of earnings between periods and including Libya, cash operating costs, which include operating costs and expenses, production and severance taxes, and E&P general and administrative expenses, were $13.37 per barrel of oil equivalent (boe) in the second quarter, down eight percent from $14.60 per boe in the prior-year quarter due to increased low-cost production from North Malay Basin, cost savings initiatives, and sales of higher cost assets. Second quarter 2018 cash costs per boe were negatively impacted by deferred production related to downtime at the third-party operated Enchilada platform in the Gulf of Mexico. E&P income tax expense increased in the second quarter of 2018, compared to the prior-year quarter, primarily due to higher Libya sales volumes, the company stated.