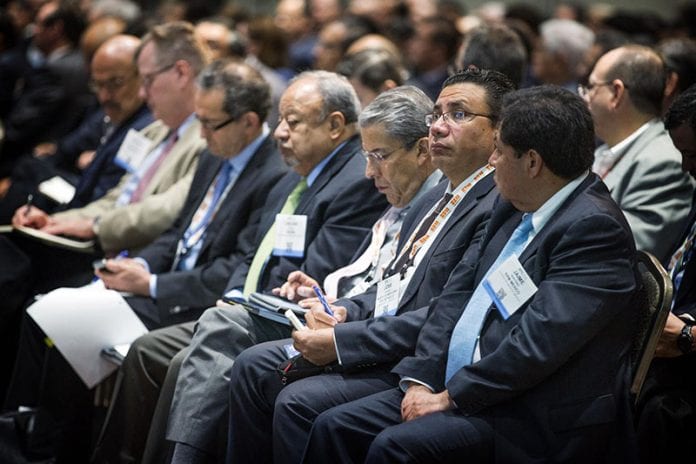 This year’s Houston’s Offshore Technology Conference highlighted panels that showed a global deepwater that has become increasingly robust and the session on Guyana saw a capacity audience clamoring to hear more about South America’s newest oil and gas hotspot.

Starr Spencer, Senior Editor for oil news at S&P Global Platts recounts that the room was so crowded at one point that persons were standing for an opportunity to hear more about Guyana, “…and that was a big ballroom too that they were in,” she said on a recent podcast.

US oil major ExxonMobil, along with co-venturers Hess and CNOOC made a record 13 discoveries in just four years in the South American country, amounting to more than 5.5 billion barrels of oil equivalent.

“They are going to have first oil early next year in the first quarter and Hess has said that Guyana offshore is very competitive with the US shale and that the first phase that is going to start next year that is going to produce up to a 120,000 barrels of oil a day – that has a 35 dollar Brent breakeven price,” Spencer said, referring to the Liza Phase 1 Development.

A Phase 2 development at the Liza field was recently sanctioned by ExxonMobil and this is set to come on stream by 2022. “That breakeven is about 25 dollar per barrel Brent,” she stated.

While the ExxonMobil-led consortium is the only one the discover oil in Guyana so far, Spencer reminded that several other wells are set to be drilled this year by Repsol, Tullow Oil and CGX Energy. “So, they are going to be drilling in the deepwater this year and next year Guyana is supposed to hold its first bidding round in many years. They’ve put a moratorium on bidding…” she indicated.

Spencer said ExxonMobil pointed out at the OTC conference that “it could not find a partner 5 or 6 years ago when it entered Guyana. It was with Shell and Shell dropped out and then it interviewed 23 or 24 companies and the only ones left standing were Hess and CNOOC, so that’s what happened there.”

OTC 2019 saw some 59,200 attendees from more than 100 countries listening to presentations being made by executives and analysts from oil companies, on what’s likely in store for offshore sector development over the next few years. This comes after several years of pause as operators focused their efforts onshore.

In addition to Guyana’s next few years as its prepares to look towards its first deepwater oil production, sessions on Latin American tenders were also of particular interest to those in attendance.

Houston was good for Guyana; next up: Aberdeen – British High Commissioner

Houston was good for Guyana; next up: Aberdeen – British High...