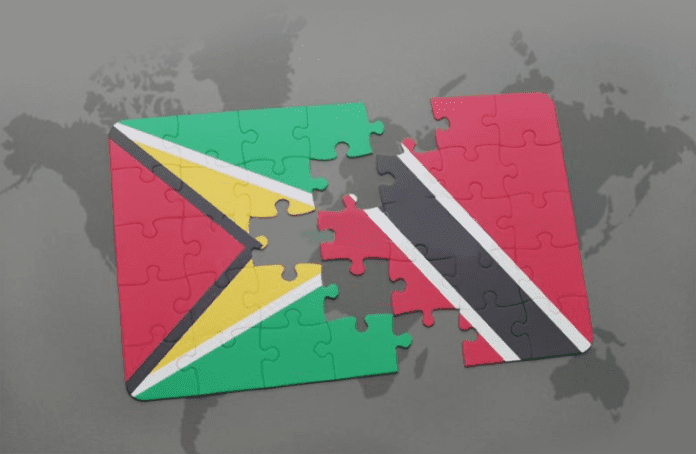 Members of Guyana’s business fraternity are concerned about the recent staging of an oil and gas safety forum in Georgetown by the Energy Chamber of Trinidad and Tobago. Guyanese business representatives say the local private sector groups were not formally engaged and that if the relationship between the caribbean neighbours is to be productive, it must be based on mutual respect.

Chairman of the Private Sector Commission (PSC) Gerry Gouveia said that a flyer was sent to the PSC inviting the entity to the forum with the requirement that a fee had to be paid. He said that the PSC’s position is that it was not consulted on the event.

The PSC Chairman is of the view that while Guyana stands to benefit from Trinidad’s decades of experience in the petroleum sector, it must be a relationship based on mutual respect.

Former President of the Georgetown Chamber of Commerce and Industry (GCCI) and former Vice Chairman of the PSC Deodat Indar noted that the non-invitation was appalling. “The T&T Energy Chamber hosted an event in Guyana concerning Safety, in so doing has not invited the local business support organisations such as GCCI, GMSA and the Private Sector Commission and others. The private sector in Guyana finds this very appalling and disrespectful. Guyana is the host nation for the patrimony, and we believe that any event of this nature should be propelled and promoted by a local business support organization,” he said.

‘Review our role in CARICOM’

Indar said Guyana should review its role in the Caribbean Community (CARICOM) given that, while there are numerous barriers to trade that Guyana faces, other nationals from the community can come and benefit from Guyana’s oil and gas sector. “I am further saying that we have to review our role in CARICOM since these days the Treaty of Chaguaramas is used as a tool for foreign content to exceed and suppress local content. I am saying also; I am calling on the Government and the Opposition to clearly state their position on foreign entities coming into Guyana hosting large conferences, seminars without involving the local private sector…” said Indar. “As it stands now the [Treaty of Chaguaramas] is not benefitting Guyana since there are many, many barriers of trade with countries such as Trinidad and Barbados and Jamaica and others,” he said.

President of the Guyana Manufacturing and Services Association Clinton Williams said that his association was “appalled” at the non-invitation to be a part of the Trinidad-led Safety forum.

“We are the Manufacturing Association. We are an integral part given that both manufacturing – whether its welding and construction, maintenance…whether it’s in the servicing sector, mines services, whatever it is. It is crucial for the performance of the oil and gas sector,” he said.

Under the theme “Building a robust safety culture for private sector development” the event provided a platform for industry leaders to share perspectives on developing a safety culture, addressing risk, safety and operational excellence and contractor management.

Guyana must beware of attempts by Trinidad & Tobago to dominate...

Trinidad investors welcomed in Guyana if entering through front door –...