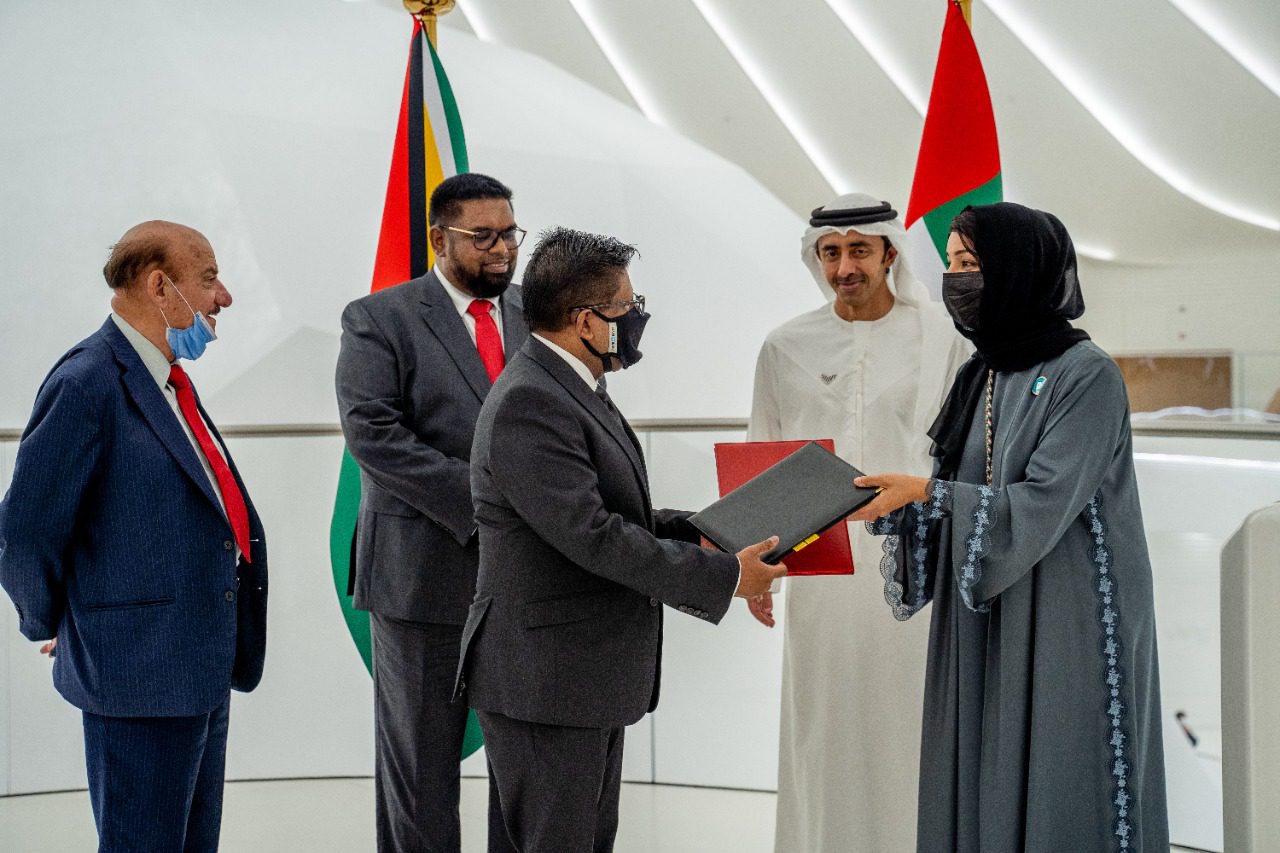 According to a press release from the Office of the President in Guyana, discussions focused on food security, climate change, the environment, technology and infrastructure and revising the visa policy for both countries.

In his remarks, President Ali expressed gratitude to the Sheikh and Reem Ebrahim Al-Hashimy, the Minister of International Cooperation and Managing Director for Expo2020 Dubai.

“We came with a clear intention to extend the foundation of the relationship that we want to grow and expand for the betterment of both the UAE and Guyana,” President Ali said.

He explained that since arriving in Dubai, the delegation has engaged in discussions with many agencies, including the Abu Dhabi Ports.

The President noted that the visit has already proven successful as several additional engagements have been planned in the coming months to advance discussions in technical cooperation in a number of areas.

Immediately following the discussions, a Memorandum of Understanding (MOU) was inked to advance closer technical cooperation between the UAE and Guyana. This was signed by Minister Singh and Minister Reem Al-Hashimy at the UAE Pavilion at the Expo.

Sheikh Abdullah bin Zayed Al Nahyan was appointed Minister of Foreign Affairs of the United Arab Emirates on February 9, 2006.  The ministry’s role focuses on maintaining clear political positions that support the UAE’s relationships with its regional and international partners while promoting the UAE as a regional leader in different fields.  Also, as Foreign Minister, he focuses on establishing specialised diplomatic capabilities and encouraging political talents to address international concerns and provide distinct consular and other services in looking after UAE nationals and the issues they may face during their travels.