OilNOWLatest News and Information from the Oil and Gas sector in Guyana
More
FeaturedNews
Updated: July 21, 2021 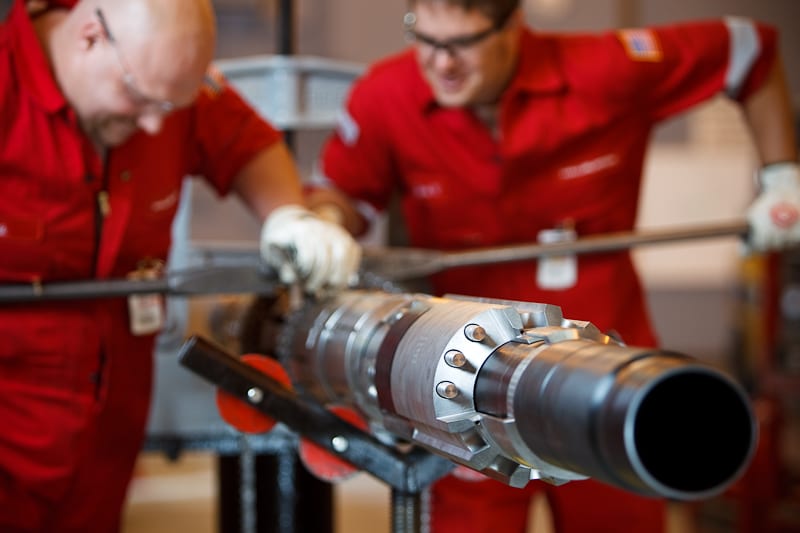 Halliburton Company announced on Tuesday that its second quarter (Q2) revenue increased 7% sequentially as both North America and international markets continued to improve, and operating income grew 17% with solid margin performance in both divisions.

“Our second quarter performance demonstrates that our strategy is working well, and Halliburton’s strategic priorities are driving value in this transition year,” said Jeff Miller, Chairman, President and CEO.

The company said international revenue in Q2 was $2.1 billion, a 4% increase over Q1. This improvement was primarily driven by higher well construction activity, completion tools sales, and well intervention services across all regions. Partially offsetting these increases were lower software sales across all regions and decreased stimulation activity in Latin America.

It was announced earlier this month that TechnipFMC and Halliburton had received an OTC Spotlight on New Technology Award® (SONT) for their Odassea™ Subsea Fiber Optic Solution, an advanced downhole fiber optic sensing system. U.S. oil major ExxonMobil selected the solution for its Payara development project in Guyana. The award followed completion of front-end engineering and design studies and qualifications.

The Odassea service integrates hardware and digital systems to strengthen capabilities in subsea reservoir monitoring and production optimization. Halliburton provides the fiber optic sensing technology and analysis for reservoir diagnostics. TechnipFMC provides the optical connectivity from the topside to the completions.

The company has also confirmed that by the end of this year close to 100% of its services will come from Guyana where it has been operating since 2015. The Oil field service company has been steadily expanding its activities in the South American country which has seen the establishment of state-of-the-art facilities, including one of the largest mud plants in the hemisphere, and expansion of its local workforce.