OilNOWLatest News and Information from the Oil and Gas sector in Guyana
More
FeaturedNews
Updated: November 21, 2021 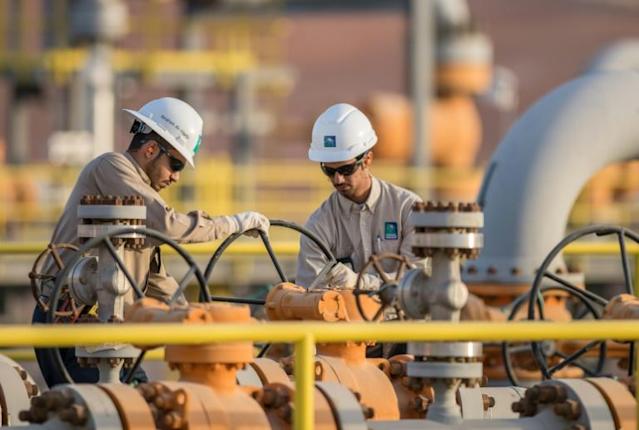 Almost all the major oil producing countries in the world are doing the same thing – moving to increase output significantly in coming years as the world races towards the 2050 climate goals and braces for a potential shortfall in supply.

On November 16, Abu Dhabi National Oil Company announced that it will acquire up to $6 billion of drilling equipment as it targets a 25% boost in crude oil production capacity to 5 million b/d by 2030.

The drilling investments, which will also help the UAE’s gas self-sufficiency goal, are in the form of procurement awards for wellheads and related components, downhole completion equipment (DCE) and related services, liner hangers and cementing accessories, ADNOC said, according to an S&P Global Platts report.

Saudi Arabia has put gas at the center of its energy transition strategy as the oil-producing giant sets about trying to meet future domestic demand, particularly in the power sector. The Riyadh administration has hatched incentives to stimulate gas developments at home in order to increase production capacity, while the country is also looking to diversify its energy mix by chasing renewable sources, Rystad Energy said in in its October 2021 E&P Newsletter.

The Norway-based research and business intelligence company estimates that Saudi gas demand is set to swell to 136 billion cubic meters per annum (Bcma) by the end of this decade from 78 Bcma in 2020 and just 61 Bcma in 2010.

Over in North America, the U.S. Energy Information Administration (EIA) forecasts U.S. crude oil production to average 11.9 million b/d for 2022. This forecast is 200,000 b/d (1.4%) higher than in the October Short-Term Energy Outlook (STEO).

In Canada, Platts Analytics forecast total natural gas production to average 16.3 Bcf/d in 2022 based on current drilling and completion data. This would be 1 Bcf/d higher than 2021. Most of the growth is projected to come from British Columbia’s Montney Shale, followed by Alberta’s Duvernay and Cardium plays.

The International Energy Agency projected in a recent report that under existing climate policies oil production in Canada will grow by about 700,000 barrels a day by 2030 before it starts to recede.

Meanwhile in Brazil, at the end of 2020, the country was not only pumping the most oil in Latin America, an average of 3.03 million barrels daily, but finished ranked as the world’s seventh largest producer behind OPEC member Iraq and ahead of the United Arab Emirates. According to Brazil’s Mines and Energy Minister Bento Albuquerque, Latin America’s top oil producer will become the world’s fifth-largest petroleum exporter by the end of this decade.

Guyana, with its 10 billion barrels of oil equivalent and counting has what is almost certainly the very last window of opportunity remaining to get the resources out of the ground and bring in much needed revenue for its people.

Since ExxonMobil struck black gold back in 2015, the oil major has moved to develop one field so far with another set to come online within months and a third by 2024. It’s fourth and largest project to date is pending government approval and will deliver a whopping 250,000 b/d by 2025. When added to the other three projects, Guyana’s output will surpass 800,000 b/d by mid-decade, well on its way to crossing the 1 million b/d milestone.