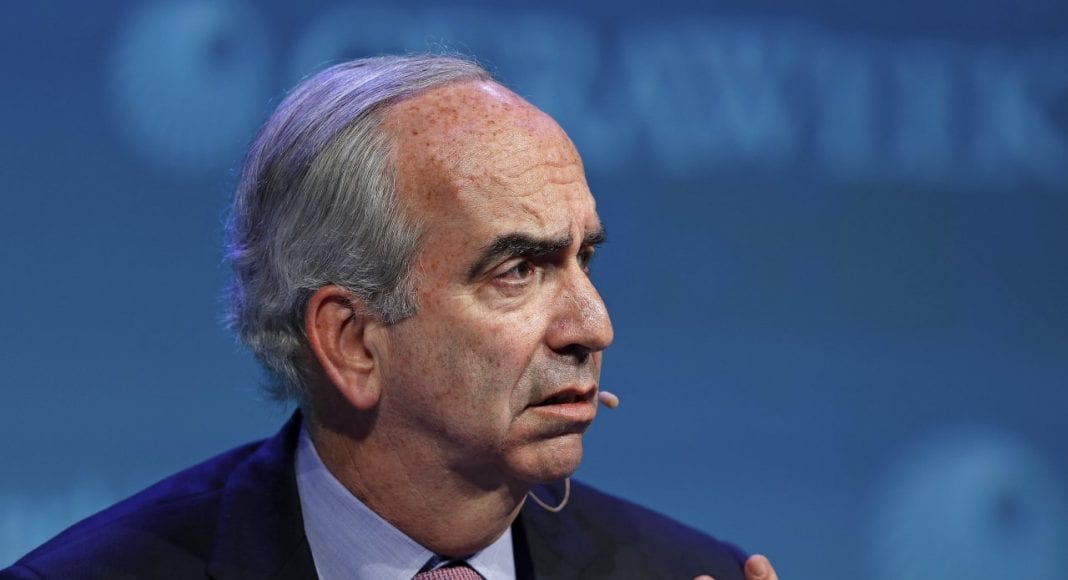 (Reuters) – Elliott Management Corp is readying for a new fight with Hess Corp (HES.N) to remedy what the activist hedge fund called on Thursday “continuing underperformance” by the U.S. oil and gas producer.

This would be the second time the New York-based investment firm, which owned 6.6 percent of Hess as of Sept. 30 according to Thomson Reuters data, has targeted the company.

Elliott conducted an activist campaign against Hess in 2013 that led to a slew of asset sales and three Elliott-backed directors joining the board.

“As long-term shareholders in Hess, we are frustrated by the company’s continuing underperformance,” John Pike, senior portfolio manager at Elliott, said in a statement.

“Shareholders are getting impatient, because the changes needed to remedy Hess’s severe undervaluation are substantial and need to be announced without delay.”

U.S. energy stocks have broadly underperformed other sectors this year, as oil prices initially failed to achieve their 2017 forecasts, dampening investor appetite. Crude has rallied around 40 percent since June; company share prices have been slower to recover.

Hess, which has a market value of $13.6 billion, is down 31.5 percent year-to-date, according to Thomson Reuters data.

“The Hess board unanimously and unequivocally supports the company’s current strategy and John Hess as CEO,” Hess said in a statement. It said Hess and the management team have done an “excellent job” in challenging times.

“The company is well positioned to deliver industry-leading returns and value to shareholders for many years to come.”

Elliott’s challenge could include unseating John Hess, who for more than two decades has run the company founded by his father in 1933, according to The Wall Street Journal, which first reported the news.

The newspaper, citing people familiar with the matter, said Elliott was also expected to call for the sale of all or part of the company, as well as a cut in the company’s dividend, with the capital instead used to repurchase Hess stock.

One divestment that Elliott could push for would be Hess’ operations in Malaysia and Thailand. This tactic of reducing the number of places where an oil company drills to optimize its cash usage has been proffered by activist shareholders in other U.S. energy companies.

This year, Hess has already sold its interests in Norway and offshore Equatorial Guinea, as part of an asset sale program that stemmed from Elliott’s 2013 activism campaign.

This would leave Hess focused on two main areas: the Bakken shale field in North Dakota and offshore Guyana, where it is working with Exxon Mobil Corp (XOM.N) and Chinese oil firm CNOOC (0883.HK) to develop part of the Liza oilfield.

Hess is likely to argue that further divestments could impact its ability to generate enough cash to fund future Guyana scheme commitments: the first phase requires Hess put in $955 million out of the $4.4 billion total investment.

The company’s current reserves of cash and short-term investments – worth $2.53 billion as of Sept. 30, according to Thomson Reuters data – are much higher than its peers.

Apache Corp (APA.N) and Noble Energy Inc. (NBL.N), producers with overseas operations and with similar market capitalizations to Hess, had, respectively, $1.85 billion and $564 million at end-September, according to Thomson Reuters data