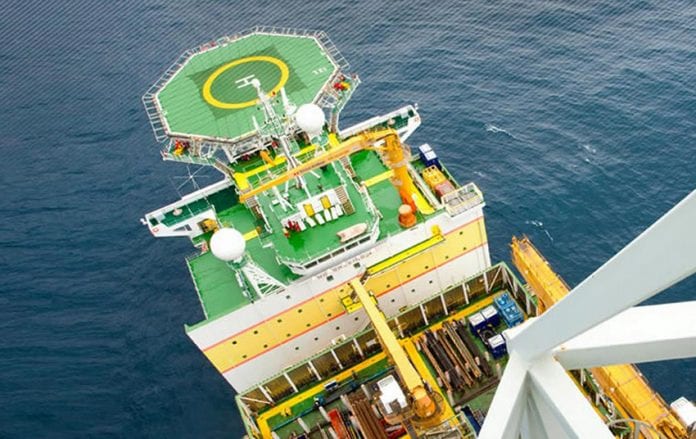 Hess Corporation (NYSE: HES) announced on Monday several additional steps in what the company says is the continued execution of its strategic plan to further focus its portfolio and allocate capital to higher return assets:

“With the continued success of our asset sale program, we are focusing our portfolio on higher return assets and reducing our breakeven oil price,” CEO John Hess said. “Proceeds from these asset sales, along with cash on the balance sheet, will prefund development of our world class investment opportunity in offshore Guyana, where we have participated in one of the world’s largest oil discoveries of the past decade – positioning our company to deliver more than a decade of cash generative growth and significant value for our shareholders.”

The sale of its interests in Norway combined with the company’s previously announced divestitures of its enhanced oil recovery assets in the Permian Basin and interests in Equatorial Guinea have captured approximately $3.25 billion in cash proceeds year to date. These reshaping moves including the planned sale of interests in Denmark will also extinguish approximately $3.2 billion in future abandonment liabilities. In addition, with a portion of these cash proceeds, we expect to reduce Hess Corporation debt (excluding midstream) by $500 million in 2018. Together with the planned $150 million annual cost reduction program, these actions are expected to reduce cash unit production costs by approximately 30 percent – to less than $10 per BOE – by 2020.

Sale of Interests in Norway, Sales Process in Denmark

Hess has entered into an agreement to sell its subsidiary Hess Norge, which owns interests in the Valhall and Hod fields in Norway, to Aker BP ASA for total proceeds of $2 billion, effective January 1, 2017. The Valhall and Hod fields produced an average of 26,000 barrels of oil equivalent per day net to Hess over the first six months of 2017. Hess holds a 64.05 percent interest in Valhall and a 62.5 percent interest in Hod. The sale is subject to customary conditions for completion, including approval by the Ministry of Oil and Energy, Ministry of Finance and relevant competition clearance and is expected to be completed by year end 2017.

In addition, Hess will commence a process to sell its interests in Denmark, where it holds a 61.5 percent interest in the South Arne Field. This sales process is expected to be completed in 2018. The South Arne Field produced an average of 11,000 barrels of oil equivalent per day net to Hess in the first six months of 2017.

Starting in 2020, cash unit costs are expected to be reduced by approximately 30 percent from 2017 levels. This reduction results from investment in higher return growth assets, the sale of higher cost assets and a cost reduction program that is expected to deliver annual cost savings of more than $150 million starting in 2019.

Hess Guyana Exploration Ltd. holds 30 percent interest in the Stabroek Block, in partnership with Nexen and ExxonMobil as operator.

450 million barrels of oil will be produced in Phase-1 Liza...