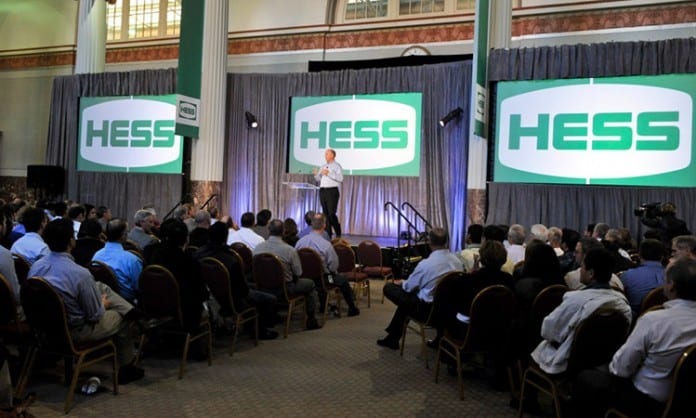 Hess Corporation continues to be encouraged by positive results coming out of Guyana where, in partnership with CNOOC Nexen and the operator – ExxonMobil – 3.2 billion recoverable barrels of oil have been confirmed from 5 out of a total of 7 discoveries. Assessment of the last two oil finds; Ranger and Pacora, are still being made which will push the total recoverable resource significantly higher.

CEO John Hess said in a statement on Thursday an event is being planned to update shareholders on the progress being made both in Guyana and the Bakken. “We plan to hold an investor day later this year to update shareholders on our strategy and progress in Guyana, which keeps getting bigger and better, and the Bakken – our largest operated growth asset, where we are going from four rigs to six and conducting a review of enhanced completion techniques and further cost efficiencies to optimize value,” he said.

Hess signaled growing confidence in the outlook for the global oil market on Thursday by announcing plans to buy back US$1B of its shares this year. The US oil producer said the new buyback programme was in addition to the US$500M plan announced in late 2017.