OilNOWLatest News and Information from the Oil and Gas sector in Guyana
More
FeaturedNews
Updated: September 20, 2022 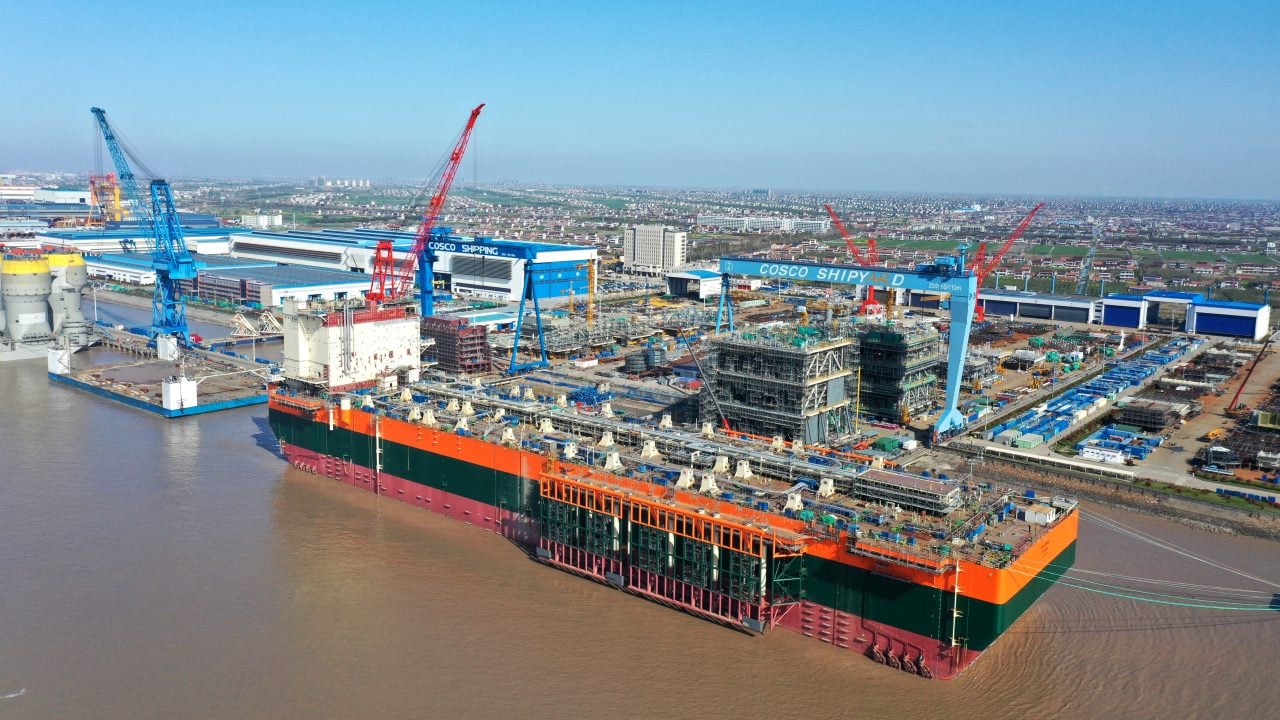 Bp’s new floating oil platform – Torture – was knocked off its mooring lines, drifting some 200 metres away from the COSCO shipyard quayside in Qidong, China as Typhoon Muifa made landfall there.

The vessel is being built for bp’s Greater Tortue Ahmeyim (GTA) project.

A release from Kosmos Energy, a partner in the GTA project, explained that during the typhoon, the mooring lines of the floating, production, storage, and offloading (FPSO) vessel became compromised, resulting in it drifting away.

According to information from bp, the Torture vessel is 70 meters long, 54 meters wide, and 31.5 meters deep, with a designed service life of 30 years and an oil storage capacity of not less than 1.44 million barrels. The living quarters can accommodate 140 people.

The GTA project is set to achieve first gas in 3Q 2023. First LNG is expected at 2023’s end. Kosmos said is still unclear whether the accident will affect the vessel’s departure date, set for the fourth quarter, this year.