OilNOWLatest News and Information from the Oil and Gas sector in Guyana
More
FeaturedNewsRegional
Updated: May 18, 2020

Iran warns US against disrupting fuel shipments to Venezuela 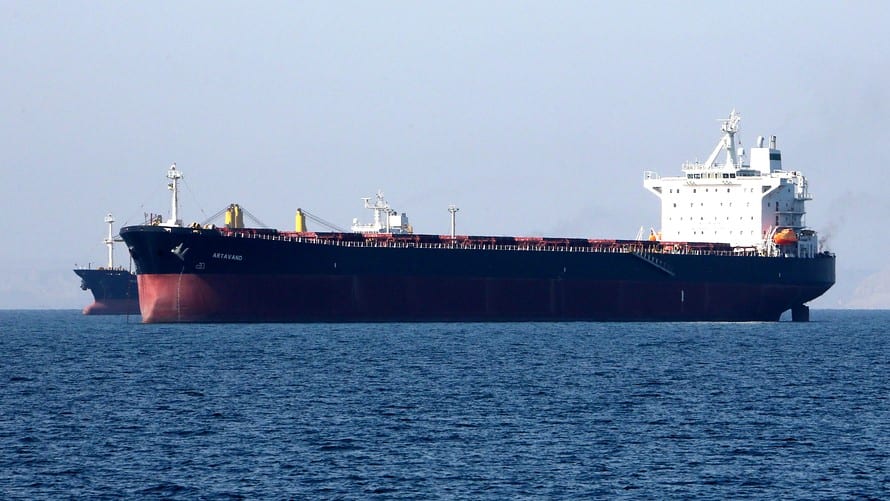 (Al Jazeera) Iran’s foreign minister on Sunday warned the United States against deploying its navy in the Caribbean to disrupt Iranian fuel shipments to Venezuela.

According to an oil shipment analyst, five Iranian-flagged tankers loaded with tens of millions of dollars’ worth of fuel are heading towards Venezuela.

In a letter to United Nations chief Antonio Guterres, Mohammad Javad Zarif warned against “America’s movements in deploying its navy to the Caribbean in order to intervene and create disruption in [the] transfer of Iran’s fuel to Venezuela”.

He said any such action would be “illegal and a form of piracy” adding the US would be responsible for “the consequences”, according to a foreign ministry statement.

A senior official in US President Donald Trump’s administration told Reuters news agency on Thursday that the US was considering measures it could take in response to Iran’s shipment of fuel to crisis-stricken Venezuela.

Iran’s Fars News reported on Saturday it received information that four US Navy warships are in the Caribbean for a “possible confrontation with Iran’s tankers”.

Zarif’s deputy summoned the Swiss ambassador, who represents Washington’s interests in Tehran, to communicate Iran’s “serious warning” on Sunday. Abbas Araghchi said any potential threat to Iran’s tankers would be met with a “quick and decisive response”.

The US has imposed unilateral sanctions aimed at ending oil exports by both Iran and Venezuela, both major crude producers.

Five Iranian tankers likely carrying at least $45.5m worth of petrol and similar products are now sailing to Venezuela, part of a wider deal between the two US-sanctioned nations amid heightened tensions between Tehran and Washington.

The tankers’ voyage come after Venezuela’s socialist leader Nicolas Maduro already turned to Iran for help in flying in chemicals needed at an aging refinery amid a petrol shortage, a symptom of the wider economic and political chaos gripping Latin America’s one-time largest oil producer.

For Iran, the tankers represent a way to bring money into its cash-starved country and put its own pressure on the US, which, under President Trump, has pursued maximalist campaigns against both nations.

But the strategy invites the chance of a renewed confrontation between the Islamic Republic and the US both in the Gulf, which saw a series of escalating incidents often involving the oil industry last year, and wider afield.

“This is like a new one for everyone,” said Captain Ranjith Raja, an analyst who tracks oil shipments by sea at the data firm Refinitiv, of the petrol shipments. “We haven’t seen anything like this before.”

All the vessels involved belong to Iranian state-owned or state-linked companies, flying under the Iranian flag. Since a pressure campaign on Iranian vessels began, notably with the temporary seizure of an Iranian tanker last year by Gibraltar, the country’s ships have been unable to fly flags of convenience of other nations, a common practice in international shipping.

The ships all appear to have been loaded from the Persian Gulf Star Refinery near Bandar Abbas, Iran, which makes petrol, Raja said. The ships then travelled around the Arabian Peninsula and through the Suez Canal into the Mediterranean Sea, according to data collected from the ship’s Automatic Identification System, or AIS, which acts as a tracking beacon.

Given the crushing US sanctions imposed on Iran, also-sanctioned Venezuela appears to be a country that would have nothing to lose from accepting the shipments.

Raja said Refinitiv had no data on any Iranian petrol shipment ever going to South America before.

TankerTrackers.com, a website focused on the oil trade at sea, first reported the ships likely were heading to Venezuela.

The capacity of the five ships is some 175,000 metric tonnes. On the open market, the petrol and product carried within them would be worth at least $45.5m, though Iran likely reached a discounted, non-cash deal with Caracas given the circumstances the two nations face, Raja said.

It remains unclear how the US will respond to the tankers. On Thursday, the US Treasury, State Department and Coast Guard issued an advisory warning the maritime industry of illegal shipping and sanctions-dodging tactics by countries including Iran.

The advisory repeated an earlier promise of up to $15m for information disrupting the Revolutionary Guard’s finances. It also warned anyone “knowingly engaged in a significant transaction for the purchase, acquisition, sale, transport or marketing of petroleum” faced US sanctions.

The US State Department and the Pentagon did not immediately respond to a request for comment.

Analysts already have been warning about the growing chance for a renewed confrontation between the US and Iran.

In April, the US accused Iran of conducting “dangerous and harassing” manoeuvres near American warships in the northern Gulf.